By Cabot Institute for the Environment December 20, 2012


This year has been a fantastic journey.  Philippa and myself (Amanda Woodman-Hardy) got our teeth into some great projects and events and met some amazing people and new friends along the way.
Here are our highlights of the year:

January
Neville Gabie, our new Artist in Residence, starts at the Cabot Institute and works on a project entitled ‘Common Room’.

In the wake of the Fukushima disaster, we publish our first think piece entitled “Implications for the UK nuclear industry of the events at the Fukushima Dai-ichi nuclear power station, Japan”.  The report drew on our expertise in seismic hazards assessment at nuclear facilities, seismology, earthquake engineering, geohazards, probabilistic hazards and risk assessment, extreme events and extensive experience of working in Japan on relevant issues.

We publish another think piece called '2050: Sustainable oceans in a changing climate'.

We have a new short film about the Cabot Institute published online.  You can now watch the video on our homepage.

We launch a new interdisciplinary MSc in Climate Change Science and Policy.

Kathy Cashman, AXA Research Chair and Professor of Volcanology, is elected to the American Academy of Arts and Sciences (AAAS) for helping to explain why volcanoes erupt the way they do. 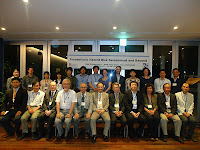 We met with the Disaster Prevention Research Institution (DPRI) in Kyoto, Japan.  We held a joint workshop called ‘Probabilistic Hazard Risk Assessment and Beyond’.  We will be hosting the DPRI in Bristol in January 2013 and we look forward to building our relationship further.

Kathy Cashman was awarded £500,000 by the AXA Research Fund to study ash cloud dangers.  http://www.bristol.ac.uk/cabot/news/2012/169.html .  We celebrated by holding a joint AXA/Cabot Volcanoes and Society event.

A hideous video by the European Union makes an appearance on the internet prompting outcry from real scientists.  Our very own Tamsin Edwards and Ellie Cosgrave amongst others start to create a calendar in back lash to the patronising EU video to show what real female (and male) scientists do.  Get your calendar now for 2013!
Watch UoB's parody of the video.

July
Lauren Gregoire and her team found out the cause of rapid sea level change in the past, which increases our understanding of the nature of ice sheets and climate change for the future. http://www.bristol.ac.uk/cabot/news/2012/184.html

Professor Paul Reid found that the rate of cloud droplet growth can be strongly dependent on the composition of the aerosol, which is really important for understanding trends in past global climate and predicting future climate change. Read more here. http://www.bristol.ac.uk/cabot/news/2012/183.html

Our volcanologists appear on the BBC’s Volcanoes series. Cabot scientists featured include Dr Jeremy Phillips and Dr Alison Rust (Earth Sciences), and Dr Adam Crewe (Civil Engineering) amongst others, and topics include Why Do Volcanoes Erupt? (Episode 1), Volcanic Hazards and Flows (Episode 2), Earthquakes and their Simulation (Episode 3), and Supervolcanoes (Episode 4).  Also prominently featured was the volcano field research of Professor Jon Blundy and his team (Earth Sciences). http://www.bristol.ac.uk/cabot/news/2012/181.html
Some of our researchers have also received almost a million pounds for a study into forecasting and coping with volcanic eruptions.  Read more about the projecthere.
We have been holding our Cabot Summer School on risk and uncertainty in natural hazards http://www.bristol.ac.uk/cabot/events/2012/129.html .
August

Dr Steve Simpson, joins an expert panel to brief the world’s media on sustaining fish populations at the Coral Reef Symposium in Australia.

I complete an overhaul of the Cabot Institute website.

Three Cabot Institute researchers provide their own insights on the highly publicised news story about the extent of melting observed on the Greenland Ice Sheet.

September
We start a Cabot Press Gang consisting of post grads and early career researchers who were interested in getting experience in communications.  Under the guidance of Nikki Temple (freelance science writer) and the UoB press team, the Cabot Press Gang started hunting down environmental stories across the faculties so we could publicise our Cabot researchers work.

Tamsin Edwards features on BBC Radio to explain the link between the jet stream and the UK’s wet summer.

Ed Hornibrook becomes co-I on a £700,000 grant from NERC to look into the contribution of trees to tropical wetland methane emissions.

October
We publish our first annual magazine.  The online magazine is read by 1000 people in the first couple of months. 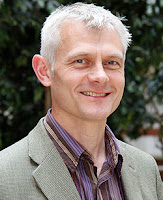 Professor Kevin Anderson from the Tyndall Centre comes to Bristol for our Annual Lecture.  This incredibly popular lecture was streamed live for the first time by the University of Bristol and the video of event online has had almost 5000 views at time of print.  Watch again.

Professor Paul Bates, Director of the Cabot Institute and Professor of hydrology at the University of Bristol, wins this year's Lloyd’sScience of Risk Prize in the category of Natural Hazards for his work on floodmodelling.  He was also co-author of the winning entry for the prize's other category, Climate Change.

Some of our scientists help decipher complex genetic code of wheat to create new tools for breeders and researchers across the world.

We held a Great Environment Debate with local schools to teach them how human actions modify the Earth’s climate and the challenges that lie ahead.

We announce the winners of our Cabot Open Call with awards being given to the following projects:
December
Some Cabot researchers head off to Lake Ellsworth in Antarctica find out more about Earth’s past climate.
A £2 million project, led by Cabot Institute researchers aims to better assess uncertainty and risk of natural hazards.
We may only be a secretariat of two people but without the support from our wonderful Cabot Institute members we could have done none of this.  We want to give a big thank you to everyone who came to our events, supported our researchers, conducted inspirational research and embraced a new way of interdisciplinary working to help solve the world’s biggest environmental problems.

We wish you all a merry Christmas and a very happy New Year.

Here’s to a bigger, better and more exciting 2013!