The Atmosphere Gallery, located within London’s Science Museum, was designed to help the public “make sense of climate science” and combines interactive exhibits with specially commissioned artwork. It has attracted 1.7 million visitors since it opened in 2010 and recently hosted a governmental inquiry into the public understanding and policy implications of climate change. The inquiry took place in front of the Science and Technology (SAT) Select Committee, a group of MPs selected to ensure that Government policy and decision-making are based on good scientific evidence. To undertake the inquiry, a selection of climate scientists were asked to attend and present evidence in front of the committee.

The morning session (9-10am) involved Professor Chris Rapley (University College London), Professor Nick Pidgeon (Cardiff University) and Dr. Alex Burch (Science Museum) and dealt with issues of trust and public engagement. Chris Rapley, Professor of Climate Science at University College London, argued that climate sceptics generally hold one of three views: they may distrust climate scientists, they might think that climate scientists have a secret agenda or they may believe that climate change is completely natural. He also believes that climate scientists “cannot draw on a reservoir of trust from the past” and that we must actively seek to persuade the public that our work is precise, impartial and trustworthy. One way of combating this would be to publish more regularly in open access online journals such as PLOS ONE (http://www.plosone.org/) and Climates of the Past (http://www.clim-past.net).

Museums also play an important role in communicating climate science and developing trust. Dr. Alex Burch, Director of Learning at the Science Museum, felt that museums were“trusted” sources of information which helped to bring scientists and the public together. Scaling up this endeavour has been much more problematic. Nick Pidgeon, Professor of Environmental Psychology at Cardiff University, argues that prominent politicians should speak out more and that  governments have a valuable role to play in communicating climate science.
.

The second session (10-11am), focused upon public policy and communicating science and called upon Professor John Womersley (Science and Technology Facilities Council), Professor Tim Palmer (Royal Meteorological Society), Professor Rowan Sutton (National Centre for Atmospheric Science) and Professor John Pethica (Royal Society). All four agreed that climate scientists do not always communicate their findings successfully. NERC, the Natural Environment Research Council, now offer public engagement training for those who want to learn how to promote their research findings effectively to different audiences (http://tinyurl.com/nskhndk). The panel felt that most climate scientists were generally cautious when asked to take part in media interaction. Some even felt they were being dragged into a debate rather than a dialogue. The majority of institutes attending this meeting already have extensive outreach programs which allow scientists to communicate their findings in a more relaxed and non-confrontational manner.Many scientists have been able to take part in the Royal Society MP-Scientist pairing scheme (http://tinyurl.com/ph4xfsn) while Professor Tim Palmer even tried to recruit Pamela Nash MP to become a member of the Royal Meterological Society!

The committee also asked the scientists what they will be doing to commemorate the publication of the Intergovermental Panel on Climate Change (IPCC) Fifth Assessment Report (AR5) in mid-September. Professor John Pethica explained that the Royal Society will be hosting a two-day meeting directed towards a non-specialist audience. The scientific panel praised the IPCC for incorporating the entire scientific community and providing a global consensus on climate change. They also noted that the IPCC was unique to climate science. 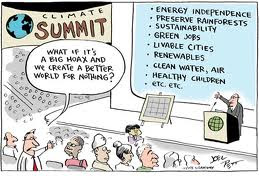 Following this discussion, the session was brought to a close. It was disconcerting how many challenges we face as climate scientists. I doubt that other professions are under the same scrutiny as we are.  There is even a non-profit group which raises money for climate scientists embroiled in legal battles (including Michael Mann). Despite this, I know that climate scientists will continue to produce cutting-edge research and will attempt to convey their findings to as many people as possible.

For more information on the SAT select committee inquiry into climate change, please follow this link: http://tinyurl.com/q3rrm7g. A transcript of the session will be published online soon.

This article was written by Gordon Inglis, a palaeoclimate PhD student working in the Organic Geochemistry Unit within the School of Chemistry. Follow on Twitter @climategordon.