By Cabot Institute for the Environment April 26, 2016
In the lead up to the sold out Brexit debate at the University of Bristol on Friday 29 April 2016, we are posting some blogs from our Cabot Institute members outlining their thoughts on Brexit and potential implications for environmental research, environmental law and the environment. 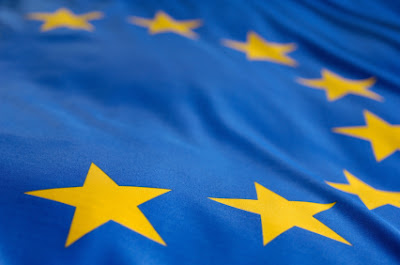 The EU plays a fundamental role in shaping the environmental law regimes of its Member States and that of the UK is no exception. A significant proportion of current domestic environmental law derives from EU Regulations (that automatically become part of English law) and EU Directives (that are implemented through national legislation).

Site designation and management is a favoured technique of nature conservation law. The well-known Natura 2000 network, would not be there if it were not for EU Directives, namely the Habitats (92/43/EEC) and Wild Birds Directives (2009/147/EC), implemented in the UK by the Conservation of Habitats and Species Regulations 2010. Under Article 3 of the Habitats Directive, Member States are indeed required to set up the Natura network composed of Special Areas of Conservation (sites hosting the natural habitat types listed in Annex I and habitats of the species listed in Annex II of the Habitats Directive) and Special Protection Areas (sites for the protection of rare and vulnerable birds as listed in Annex I of the Wild Birds Directive and for regularly occurring migratory species).
In the UK, there are a substantial number of European protected sites: 652 Special Areas of Conservation (including candidate Special Areas of Conservation[1] and Sites of Community Importance[2]) and 270 Special Protection Areas, covering a total of 8,013,467 ha (JNCC statistics as of 28 January 2016).

Has the establishment of Natura 2000 made a difference to biodiversity protection?

As part of its Smart Regulation Policy, the Commission has initiated a fitness check of the Habitats and Wild Birds Directives to evaluate their effectiveness, efficiency, coherence, relevance and added value. Though the final Commission report on the results of the fitness check will be available only later this year, the draft emerging findings prepared by a consortium of experts do suggest that the Habitats and Wild Birds Directives have substantially contributed to the conservation of nature and to meeting the EU’s biodiversity target.

It is fair to note that, prior to the EU Directives on nature conservation, the UK did have its own system for habitat protection, most notably based on the designation of Sites of Special Scientific Interest (SSSIs). Introduced in the post-war period by the National Parks and Access to the Countryside Act 1949, the law governing SSSIs has been strengthened over the decades by the Wildlife and Countryside Act 1981, amended by Schedule 9 of the Countryside and Rights of Way Act 2000. However, the management measures in place for SSSIs are not as stringent as those for the protection of Special Areas of Conservation and Special Protection Areas.
It is also fair to note that in the marine environment, the UK has taken important steps domestically: the passing of the Marine and Coastal Access Act 2009 in England and Wales (and similar Acts in the devolved administrations) has brought in new domestic marine conservation zones that contribute to the establishment of an ecologically coherent network in UK waters. But the building of such a network is not so disentangled from EU law, considering Art 13(4) of the EU Marine Strategic Framework Directive (2008/56/EC) requires the formation of marine protected areas’ networks in the marine environments of Member States.

Clearly therefore, EU law has contributed much to the development of nature conservation in the UK. Moreover, being part of the EU means that the Commission can exercise its power to bring infringement proceedings against Member States for incomplete or ineffective implementation of EU law, thereby exercising an external check on implementation (for nature conservation, see Commission v UK, Case C-06/04 [2005]  ECR I-9017).

What would Brexit mean for the future of nature conservation law?

What is unknown however is what would Brexit mean for the future of nature conservation law in the UK because much depends on the type of post-Brexit EU-UK relationship and the agreement that will be negotiated. However, it could be argued that compared to other environmental sectors (such as waste and water) nature conservation may be more at risk.

Read other blogs in the Brexit series:
- The EU, Brexit and nature conservation law
- Brexit: A climactic decision?
- Why is populism popular? A psychologist explains
- Brexit, trust and the future of global environmental governance
- Sharing routine statistics must continue post-Brexit when tackling health and climate change