What does Trump mean for the environment?

By Cabot Institute for the Environment November 10, 2016

Several weeks ago, I was walking along Avenida Paulista in São Paulo. Through the noise of the traffic, the familiar shout of one man’s name could be heard. ‘Trump, Trump, Trump’ echoed across the street.  Somehow I had stumbled upon a ‘Brazilians for Trump’ rally. A group of 40 people stood on the pavement, clutching signs that read ‘Women for Trump’, ‘Jews for Trump’, ‘Gays for Trump’. This struck me; such demographics holding such signage represented for me a similar message to ‘trees for deforestation’.

Yet, the votes are in. The electoral tally has been made and one fact is obvious: Donald Trump’s popularity transcended demography. As, House Speaker, Paul Ryan has said, Trump “heard a voice out in this country that no one else heard. He connected in ways with people that no one else did. He turned politics on its head.”

Key here is not only Trump’s victory, but also how the Republican Party has been able to ride his coattails to majorities across both the Senate and the House of Representatives. In doing so, the Grand Old Party (GOP), working with Trump, will likely have the freedom to pursue their political agenda. As a result, the Republican platform, published at the 2016 National Convention, provides a number of clues of what we can expect from this new administration.

From this document, it is possible to profile what a Trump administration would mean for US environmental policy. I have previously written blogs of a similar vein for the UK 2015 election and the recent transfer of power in Brazil and it seems only fair that I cast my eye to the United States.
In its platform, the GOP pledge a return to coal as an energy resource, with it described as “abundant, clean, affordable, [and] reliable.” It is likely that the extraction and use of this resource will increase, with federal lands opened up for coal mining, as well as oil and gas drilling. President Obama’s Clean Power Plan will be withdrawn and restriction on the development of nuclear energy likely be lifted. The anxiety of this turn from renewables can be found in the falling stocks of wind and solar companies since Trump’s win.

Furthermore, the President-Elect has already vowed to cancel the recent Paris Climate Agreement. For Trump, climate change is manufactured by the Chinese government and/or an expensive hoax. This rhetoric is matched by many in the Republican Party (who can forget Senator James Inhofe’s snowball routine?) A solid majority in the House will allow for the continued harassment of climate science by individual politicians, such as Representative Lamar Smith, who has previously argued that climate scientists manipulate data to show that the planet is warming.

As has been argued elsewhere, the United States cannot officially leave the Paris agreement until November 2020 (conveniently coinciding with a potential Trump re-election bid.) However, there is another way: to leave the UNFCCC entirely, immediately after taking office. In doing so, a Trump administration could – hypothetically – leave both agreements by January 2018. The political message of such action would be clear: policies of climate change mitigation restrict the opportunities for further American development and must be removed if the Trump administration is to meet its oft-repeated target of 4% GDP growth.

This tension between sustainability and growth is also evident in the likely elimination of a number of regulations related to environmental health. The Environmental Protection Agency will be restricted to an advisory role, with its responsibility for regulation of CO2 removed. Trump has previously mentioned Myron Ebell, a prominent climate denier, as a potential head of this organisation.

Regardless of who is in charge, air and water regulations will likely be kerbed, with Vox reporting that regulations at risk include those related to mercury pollution, smog, and coal ash. Such policies are perceived as a hindrance to ultimate goals of job creation and economic growth. Yet, as the Sierra Club have argued, this restriction of regulation will likely “imperil clean air and clean water for all Americans.”

Such actions will also open up questions of environmental racism. In the United States, people of colour face the effects of pollution disproportionately. As a result, an attack on environmental regulation promises consequences that will migrate into different policy sectors. Furthermore, this is occurring in the shadow of the Flint water crisis: an episode which exposed issues of environmental racism in the country. With the restriction of regulation, it is likely that Flint will cease to be an outlier.

The Washington Post has argued that, these plans will “reverse decades of U.S. energy and climate policy” and recent analysis has shown that such policies will raise US greenhouse gas emissions by 16% by the end of Trump’s (potential) eight year term.

However, the language of the GOP platform cautions against such assertions. Within this document, environmental campaigners become ‘environmental extremists’. The document seeks to depoliticise environmental issues, with, in their words, environmental regulation being “too important to be left to radical environmentalists. They are using yesterday’s tools to control a future they do not comprehend.” Remember, these words have been written at the time of the militarized action against the water protectors of Standing Rock. Such a language suggests that we can expect more aggression against environmental defenders in the future.

The victory of Trump, and of the GOP, not only represents a change in the political landscape but also a likely transformation of the physical one too. It, as some argue, may come to represent a serious challenge to the environmental health of the planet itself.

Writing this, my mind has been drawn back to those campaign signs in São Paulo. ‘Women for Trump’, ‘Gays for Trump’, Jews for Trump’. Yet one thing is certain under this new President: the trees are most definitely for deforestation. 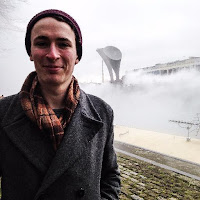 This blog was written by Cabot Institute member, Ed Atkins, A PhD student in the School of Sociology, Politics and International Studies.