A new green revolution for agri-tech?

By Cabot Institute for the Environment August 05, 2013
“A world food crisis can be expected in the coming decades as our demand for food outstrips our ability to produce it.”  This was the ominous forecast in 2008 by Sir John Beddington, then chief science adviser to the UK government, and now Chair of the Cabot Institute External Advisory Board. In a bid to avoid such a catastrophe, the UK Government has introduced its new Agricultural Technologies Strategy, which it hopes will put Great Britain at the centre of a new ‘green revolution’. Recent advances in technology such as the growing field of genomics present scientists with novel opportunities for innovation in crops and farming. Cabot Institute member, Prof. Keith Edwards at the University of Bristol researches how the genomes of different kinds of wheat diverge in the hope of finding out what makes some more productive than others. These new scientific developments and emerging challenges like climate change present opportunities for innovation in agriculture. As growing conditions across the world begin to change, previously elite varieties of crops may no longer be suitable for the areas where they have historically been grown.

Although UK agricultural scientists are at the forefront of some of the most important advances in understanding this doesn’t necessarily lead to practical advances in the field. Gaps in worker skills and understanding may be preventing farming progress and reducing associated benefits for society. The UK Agri-Tech Strategy hopes to address this by putting a greater emphasis on the role of scientific research in providing enough nutritious food for everybody. At the same time scientists hope to minimise the detrimental effects of agriculture on natural resources and biodiversity. Bristol academic Prof. Jane Memmott studies the effects of conventional and organic farming on other species in the area like the local insects.

The Agri-Tech industry is currently worth just under £100 billion to the UK economy. Last year, we exported £18 billion of food, animal feed and drink, including £3.7 billion of fresh produce and 15 million tonnes of wheat, making us one of the top 12 food and drink exporters in the world. This came with a price tag of around £450 million spent by the government on research and development in agriculture last year. In addition at least a further £100 million was spent by private companies like Syngenta, who opened a state of the art wheat-breeding facility in January of this year.  The government hopes to see the UK become a world leader not just in food production but in agricultural technology, innovation and sustainability. 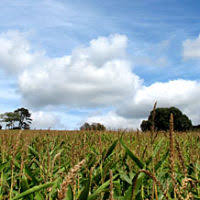 The new Agri-Tech strategy aims to vitalise the farming industry with a cash injection of £160 million. This money will go towards improving the application of research into real gains in farming, and at enhancing the declining infrastructure that supports the livestock industry. For instance, the number of dairy farms in the UK has halved over the last decade. The research funding pot includes £70 million to establish a partnership between the Technology Strategy Board and the Biotechnology and Biological Sciences Research Council. The new Agri-Tech Catalyst organisation will be aimed at translating research into best practice by supporting firms bringing their new technology to market. This builds on the €2.8 billion commitment made by the European Commission in 2011 to establish a Knowledge Innovation Community (KIC) to drive innovation of technology in agriculture and food processing.

The other main investment is £90 million over the next five years that has been ear-marked as funding for several regional Centres for Agricultural Innovation, aimed at bringing cutting edge science like better pesticides and climate adapted crops into the fields.  It is hoped that these Centres will lead research into the development and exploitation of new technology and processes, focussing research on sustainable intensification. They will also contribute to educating and training a skilled workforce to bring the results of research into the field.

Not everybody’s reaction to the new plans has been completely positive. Tom MacMillan of the (organic food and farming) Soil Associationhttp://www.soilassociation.org/news/newsstory/articleid/5647/press-comment-governments-new-agri-tech-strategy worried that investment would concentrate on unpopular technologies such as GM farming. Other areas of research such as agroecology (the ecological study of food systems) that do not lead to technology that can be commercialised may lose out on funding.  However many groups such as the  British Growers Association, the Society of Biology and the UK Plant Sciences Federation have come out in whole-hearted support of the new plans.

This blog has been written by Boo Lewis, Biological Sciences, University of Bristol.