By Cabot Institute for the Environment January 04, 2017
You often read or hear references to the ‘1-in-200 year event’, or ‘200-year event’, or ‘event with a return period of 200 years’. Other popular horizons are 1-in-30 years and 1-in-10,000 years. This term applies to hazards which can occur over a range of magnitudes, like volcanic eruptions, earthquakes, tsunamis, space weather, and various hydro-meteorological hazards like floods, storms, hot or cold spells, and droughts. 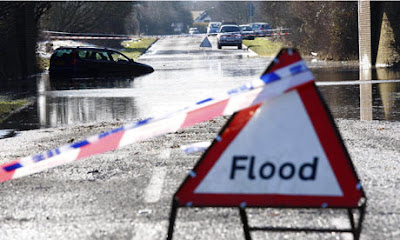 Statisticians and risk communicators strongly deprecate the use of ‘1-in-200’ and its ilk.

First, it gives the impression, wrongly, that the forecast is expected to hold for the next 200 years, but it is not: 0.005 /yr is our assessment of the current rate, and this could change next year, in response to more observations or modelling, or a change in the environment.

Second, even if the rate is unchanged for several hundred years, 200 yr is the not the average waiting time until the next large-magnitude event. It is the mathematical expectation of the waiting time, which is a different thing. The average is better represented by the median, which is 30% lower, i.e. about 140 yr. This difference between the expectation and the median arises because the waiting-time distribution has a strong positive skew, so that lots of short waiting-times are balanced out a few long ones. In 25% of all outcomes, the waiting time is less than 60 yr, and in 10% of outcomes it is less than 20 yr.

So to use ‘1-in-200 year’ in public discourse is very misleading. It gives people the impression that the event will not happen even to their children’s children, but in fact it could easily happen to them. If it does happen to them, people will understandably feel that they have been very misled, and science and policy will suffer reputational loss, which degrades its future effectiveness.

So what to use instead? 'Annual rate of 0.005 /yr' is much less graspable than its reciprocal, '200 yr'. But ‘1-in-200 year’ gives people the misleading impression that they have understood something. As Mark Twain said “It ain't what you don't know that gets you into trouble. It's what you know for sure that just ain't so.” To demystify ‘annual rate of 0.005 /yr’, it can be associated with a much larger probability, such as 0.1 (or 10%). So I suggest ‘event with a 10% chance of happening in the next 20 yr’. 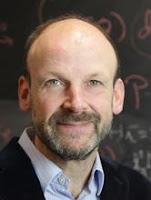