Deploying and Servicing a Seismic Network in Central Italy

By Cabot Institute for the Environment December 13, 2016
From a scientific point of view, the seismicity that is hitting Central Italy presents itself as an unmissable opportunity for seismologists to analyse the triggering and the evolution of an earthquake sequence. From the tens of instruments installed in the affected area, a huge amount of data is being collected. Such a well-recorded sequence will allow us to produce a comprehensive seismic catalogue of events. On this big quantity of data, new algorithms will be developed and tested for the characterisation of even the smallest earthquakes. Moreover, they will enable the validation of more accurate and testable statistical and physics-based forecast models, which is the core objective of my Ph.D. project.

The Central Apennines are one of the most seismically hazardous areas in Italy and in Europe. Many destructive earthquakes have occurred throughout this region in the past, most recently the 2009 MW = 6.4 L’Aquila event. On August 24th, just 43 km North of the 2009 epicentre, an earthquake of magnitude 6.0 occurred and devastated the villages of Amatrice and Accumuli, leading to 298 fatalities, hundreds of injured and tens of thousands people affected. The mainshock was followed, in under an hour, by a MW = 5.4 aftershock. Two months later, on October 26th, the northern sector of the affected area was struck by two earthquakes of magnitude 5.4 and 5.9, respectively, with epicentres near the village of Visso. To make things even worse, on October 30th the city of Norcia was hit by a magnitude 6.5 mainshock, which has been the biggest event of the sequence to date and the strongest earthquake in Italy in the last 36 years. Building collapses and damages were very heavy for many villages and many historical heritage buildings have reported irreparable damages, such as the 14th century St. Benedict cathedral. Luckily, the has been no further fatalities since the very first event of August 24.

Immediately after the first big event, an emergency scientific response team was formed by the British Geological Survey (BGS) and the School of GeoSciences at the University of Edinburgh, to support the rapid deployment of high-accuracy seismometers in collaboration with the Istituto Nazionale di Geofisica e Vulcanologia (INGV). The high detection capabilities, made possible by such a dense network, will let us derive a seismic catalogue with a great regional coverage and improved magnitude sensitivity. This new, accurate, catalogue will be crucial in developing operational forecast models. The ultimate aim is to understand the potential migration of seismic activity to neighbouring faults as well as the anatomy of the seismogenic structure and to shed light into the underlying physical processes that produce the hazard.

Thanks to the quick response of the National Environmental Research Council (NERC) and SEIS-UK, 30 broadband stations have been promptly dispatched from Leicester and arrived in less than 48 hours in Rome. There, a group of 9 people composed by INGV and BGS seismologists, technicians and Ph.D. students (including myself) from University of Bristol, Dublin Institute for Advanced Study (DIAS) and University of Ulster were ready to travel across the Apennines to deploy this equipment. The first days in Rome were all about planning; the location of each station was carefully decided so as to integrate the existing Italian permanent and temporary networks in the most appropriate way. After having performed the 'huddle test' in the INGV, which involves parallel checking of all the field instrumentation in order to ensure its correct functioning, we packed all the equipment and headed to the village of Leonessa, a location considered safe enough to be used as our base camp (despite the village being damaged and evacuated after the 30th October event).

In order to optimise time and resources, and to start recording data as soon as possible, we decided to split in 3 groups so that we could finish our work between the end of August and the first week of September. Each seismic station is composed of a buried sensor, a GPS antenna, a car battery, a regulator and two solar panels. The current deployment will stay for 1 year and will be collecting data continually. Each sensor had to be carefully buried and levelled to guarantee the highest quality of recording, which was a strenuous challenge when the ground was quite rocky!

Aside from the scientific value of the expedition, the deployment week was a great opportunity to get to know each other, share opinions, ideas and, of course, get some training in seismology! At the end, we managed to install 24 stations around an area of approximately 2700 km2.

As this type of seismic station didn’t have telemetry, each needed to be revisited to retrieve data. For this purpose, from October 17th, David Hawthorn (BGS) and I flew to Italy again and stayed there for the following ten days to service the seismometers and to do the first data dump. Our goals were also  to check the quality of the first month of recordings, to add a second solar panel where needed, and to prepare the stations for the forthcoming winter. To do that, a lot of hammering and woodworking was needed. We serviced all the sites, raising the solar panels and GPS antennas on posts, which were securely anchored to the ground, to prevent snow from covering them. The stations were all in good conditions, with just minor damages due to some very snoopy cows.

On October 26, just the night before leaving for Rome, we experienced first-hand the frightening feeling of a mainshock just below our feet. Both the quakes of that evening surprised us while we were inside a building; the rumble just few seconds before the quake was shocking and the shaking was very strong. Fortunately, there were no severe damages in Leonessa but many people in the village refused to spend the night in their own houses. Also, it was impressive to see the local emergency services response: only a few minutes after the first quake, policemen were already out to patrol the inner village checking for any people experiencing difficulties.

Throughout our car transfers from one site to another we frequently found roads interrupted by a building collapse or by a landslide, but we could also admire the mountains with a mantle of beautiful autumnal colours and the spectacular landscapes offered by the Apennines, like the Monte Vettore, the Gran Sasso (the highest peak in the Apennines) and the breath-taking Castelluccio plain near Norcia.

From my point of view, I learned a lot and really enjoyed this experience. I feel privileged to have started my Ph.D. in leading institutions like the University of Bristol and the BGS and, at the same time, to be able to spend time in my home country (yes, I am Italian…) with such interesting scientific questions. What I know for sure is that we will be back there again. 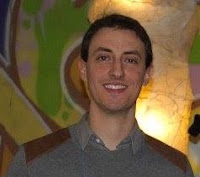