By Cabot Institute for the Environment June 08, 2017
Each year, students on the MSc Environmental Policy and Management program receive funding to plan an educational trip in Europe. Previous cohorts have chosen to visit Berlin, Copenhagen, Riga, and Amsterdam. This year, we democratically decided to visit Warsaw. We chose to do so not because the city and Poland are exemplary in environmental management, but rather because they have real challenges facing them in the transition to a low-carbon future. 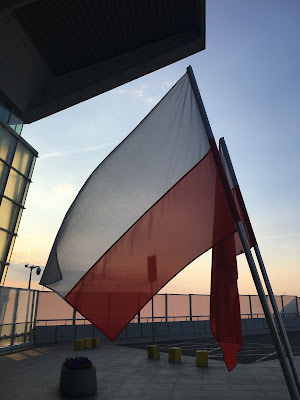 The energy sector represents the biggest environmental challenge in Poland and government leaders are reported to actively oppose European Union climate change targets (Kowalski, 2016). After its most recent election (2015), the country announced that energy policy would prioritise the exploitation of domestic coal deposits. Indeed, there is a historical and cultural attachment to coal in Poland, as the coal industry was influential in the country’s socio-economic development in the period between World War I and World War II, and during the post-World War II Communist era (Kowalski, 2016). More recently, coal has been promoted as a path to increase Poland’s energy independence, particularly from Russia, by reducing the need for imported fuel.

Poland has consistently been one of the biggest coal producers in the EU (Lukaszewska, 2011). A large majority of the country’s electricity generation (80 – 94%) comes from coal-fired power plants fuelled by domestic hard coal and lignite (Kozlowska, 2017; Lukaszewska, 2011). The dominant position of these fossil fuels in Poland’s energy mix presents a significant challenge in the fight against global climate change. We arranged meetings with the Polish Climate Coalition, the Heinrich Böll Foundation, and Greenpeace Poland to learn more.

Our first meeting was with the Polish Climate Coalition. As our large cohort climbed the stairs to their office, it soon became clear that we would not all fit in and so we turned back and headed for a local café just around the corner. Walking with Krzysztof and Urszula, they seemed apologetic, but they need not have been. We found the experience to be an honest representation of how a grassroots organisation may operate when fighting for causes arguably more important than having a fancy corporate office. The Coalition is an association of 22 NGOs engaged in climate protection and includes Friends of the Earth, Greenpeace, and ClientEarth. It was established under the outright belief that humans are responsible for climate change. 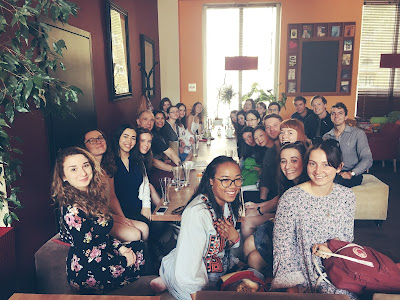 Over the next 90 minutes, Krzysztof and Urszula provided us with an in-depth overview of the energy sector in Poland. We learned that the dominant driving force for current practice is a flawed interpretation of energy security which focuses on supply in lieu of other considerations, such as tackling fuel poverty and environmental pollution or ensuring stable, long-term access to energy.

The Polish energy sector is seemingly outdated and inadequate in the face of 21st century challenges. It was particularly concerning to hear that the combination of both a dry winter in 2014 and a hot summer in 2015 significantly reduced the water levels in Poland’s rivers. These rivers are the primary source of water for cooling the country’s coal-fired power plants, and in August 2015, power restrictions were imposed on 1,600 of the biggest companies in Poland as a result (Olszwski, 2015). The population face an ever-increasing risk of power blackouts due to the vulnerability of the energy sector from over-reliance on coal. If hot summers persist (temperatures exceeded 24C on the day of our visit in May!), then such vulnerability will surely continue.

One thing became clear in that, despite the major challenges which Poland faces, there are good people like Krzysztof and Urszula who are willing to fight the uphill battle, within a context where motivation must surely be difficult to find.

Upon arrival at the Heinrich Böll Foundation, for our second meeting, we were welcomed into a light, air-conditioned conference room where water and nibbles were laid out for us. While our physical environment was starkly different to our first meeting, we soon realised an overarching theme in Poland.

The Heinrich Böll Foundation is a politically independent 'green visions' think tank with 30 offices worldwide. Their work is divided into three programmes and we met with Katarzyna from the Energy and Climate programme in Warsaw, whose work aims to intensify the discourse about the challenges presented by energy transformation and climate change. 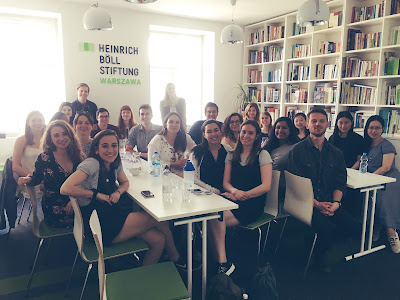 Much of Katarzyna’s message reinforced what we had learned in our first meeting. However, it was particularly interesting to enter into a discussion about air pollution toward the end of her presentation. We learned that coal is not only the primary source of electricity production, but is also still burned, alongside rubbish and other discarded materials, to heat homes in the winter, creating an ever-worsening problem with smog in Warsaw and across Poland. We were told that in the winter of 2016 - 2017, smog was so thick that you could not see your hand in front of you. In January 2017, air pollution in Warsaw was so bad that local authorities decided to limit local emissions by making public transport free for a short period. Approximately 45,000 people in Poland die each year from air pollution (Kozlowska, 2017). The total population is around 38 million (“Population, total,” 2017).

Our final meeting was with Greenpeace, and this took us away from the city centre to their office in what was once a very large home. Many of us took advantage of Warsaw’s bike rental scheme, called Veturilo, to make the almost 6-kilometre ride from our hostel along cycle lanes, roads, and even the sidewalk. 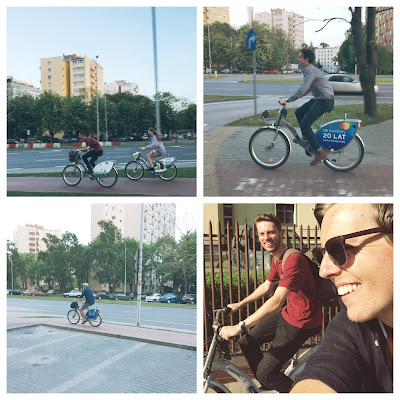 The office culture immediately felt distinct to that of the previous two organisations. Staff dressed more casually; unmade bunk beds showed us where visiting volunteers can stay; bumper stickers and sketched environmental messages decorated some walls; and stuffed bees the size of large dogs hung from the ceiling (purportedly they have used the bees for campaigning). The efforts of Greenpeace Poland depend less on paper and pen and more on influential signage and community engagement. 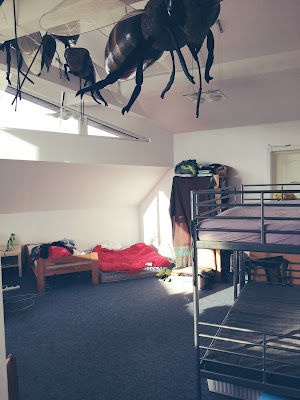 Our contact, Anna, shared stories of human chains to call attention to the rivers that have dried up because of open-pit lignite mining. She taught us about the mining process, showing us on a map of the country where current mines are operating and new ones are planned. The process destroys landscapes, diverts massive volumes of water, and forces displacement of people. The low energy content of lignite means power plants must be built immediately adjacent to the mines. Since opening about 10 years ago, Greenpeace Poland has had some successes. Anna shared her involvement in advocating for the sale of excess renewable energy back to the grid, which ultimately came to pass, at least temporarily. To highlight that the battle for environmental progress is constantly uphill however, the government later reverted this policy, and at the time of writing has not reinstated it.

Despite a certain level of negativity in our meetings, Anna’s anecdote provided some optimism. The temporary success depended on using political divisions and public advertising focusing on the benefits to individuals. Though a small step, it shows that sometimes addressing the self-interest of the general public can be an effective way to combat environmental issues in a country with Poland’s political context. 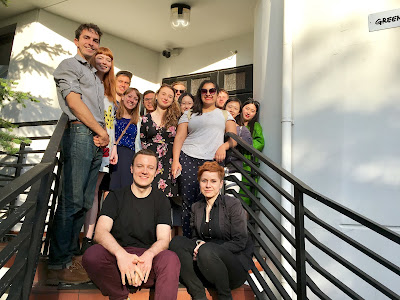 Due to a lack of climate change education in Poland, environmentalism must be achieved through its benefits to the public rather than through traditional means. Indifference towards environmentalism is something that can be seen in other countries, and to us provided a good indication of how hostile public attitudes can be addressed to allow for environmental and climate protection. One of the authors, Michael, comes from Texas and found parallels between the situation in Poland and that back home. Progress cannot depend on a shared sense of responsibility to address climate change, in which many people do not even believe. Counterproductive financial interests are rampant. However, reframing the conversation to discuss savings from energy efficiency, economic opportunities in renewables, and energy security can achieve gains in the low-carbon transition. In Texas, wind power has boomed not because of political or public will to move beyond fossil fuels, but because of its economic viability.

We are truly grateful to the School of Geography for affording us the opportunity to undertake this trip. Beyond learning more about the energy system in Poland and organisations working to improve it, we became closer as a cohort and had a wonderful time.

Kozlowska, H., 2017. When it comes to air pollution, Poland is the China of Europe. [online] Available: https://qz.com/882158/with-air-pollution-skyrocketing-warsaw-is-severely-hit-by-polands-smog-problem/