A response to Trump's withdrawal from the Paris Agreement

By Cabot Institute for the Environment June 05, 2017
The decision by President Trump to withdraw from the Paris Agreement on Climate Change puts the United States at odds with both science and global geopolitical norms.  The fundamentals of climate change remain unambiguous: greenhouse gas concentrations are increasing, they are increasing because of human action, the increase will cause warming, and that warming creates risks of extreme weather, food crises and sea level rise. That does not mean that scientists can predict all of the consequences of global warming, much work needs to be done, but the risks are both profound and clear. Nor do we know what the best solutions will be - there is need for a robust debate about the nature, fairness and efficacy of different decarbonisation policies and technologies as well as the balance of responsibility; the Paris Agreement, despite its faults with respect to obligation and enforcement, allowed great flexibility in that regard, which is why nearly every nation on Earth is a signatory. 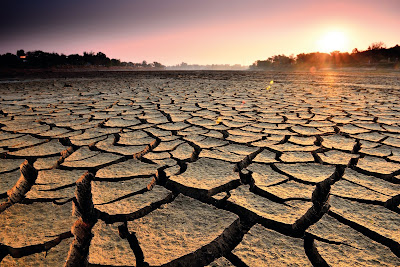 Moreover, although climate change affects us all, it will affect the poorest and most vulnerable the most. They, despite being least responsible, bear the greatest risks and the greatest burdens. For the President of the world’s second largest carbon polluter to blatantly disregard such evidence and injustice, to refuse to even acknowledge the consequences of its actions and to disengage with this relatively modest and non-binding agreement puts it odds with the norms of global partnership and human rights. This abrogation of responsibility is particularly profound because President Trump has also withdrawn the United States from the Green Climate Fund, which helps the poorest of the world adapt to the climate change that his actions make more likely.

And to what end?  Other nations will now assume global leadership, politically, morally and technologically.  It will likely cost American businesses money, hinder innovation in one of the world’s most dynamic sectors, and ultimately cost jobs. It will likely undermine the United States’ global stature and diplomatic reach. It is hard to imagine a decision so blatantly motivated by self-interest while being so profoundly self-harming.

The crucial question now is how we respond.  China and the EU have stepped forward, increasing their voluntary commitments, repudiating President Trump’s decision and assuming the mantle of leadership.  Nations around the world are following suit, as are cities and states across the United States.  Businesses have re-stated their commitment to decarbonisation – ironically, the day before Trump’s decision, shareholders voted that Exxon develop plans compliant with the Paris Agreement’s targets.  In the UK, in the midst of a general election, parties from across the political spectrum have responded to Trump’s decision with reactions ranging from disappointment to outrage. The UK has always provided leadership in this arena, recognising that climate change is a non-partisan issue, and it is one of the few nations with a cross party Climate Change Act.  It is vital for both the planet and the UK that these initial comments are followed by bolder actions and stronger leadership.

Across the world and in the University of Bristol, we are frustrated with the symbolism of Trump’s actions, his speech’s misrepresentation of facts, and his decision’s potential to slow climate action.  But we also recognise that these actions will not stop climate action. The responses of local, national and international leaders, in politics, community groups and businesses, across sectors and across society show that no person, regardless of his position or his nation, can stop the energy revolution. It is too deeply embedded in our politics, economy and ambitions, borne of out of multiple necessities.
Here, in the University of Bristol Cabot Institute, we remain committed to this challenge.  Our University is committed to carbon neutrality, ethical and low-carbon procurement and divestment from fossil fuel-intensive businesses. We have foregrounded Sustainable Futures in our undergraduate teaching.  And in our research, we are investigating improved energy efficiency in everything from computer software, to our homes and our cities.  We are exploring how smart technology enables new forms of transport, community energy and individual action. We are converting nuclear waste into diamond batteries with 5000-year lifetimes, we are leading one of the projects under the Natural Environment Research Council’s Greenhouse Gas Reduction programme and we have just launched new initiatives in wind, tidal, solar and nuclear energy.

Our ambitions are at all scales, from the local to the global.  We continue to work with our Green Capital partners, with a focus on building an informed, diverse, inclusive and powerful movement to become a more sustainable city and region, exemplified by the Green and Black Ambassadors Initiative.  Globally, our projects have been exploring the impact of conflict, climate change and geological hazards on development and the environment; the potential for micro-grids to deliver electricity to isolated communities; new forms of parasite resistance for subsistence farmers; and how geothermal energy can be harnessed in Ethiopia.

This commitment to sustainability builds on five decades of research on our environmental challenges and how to manage them.  The Atmospheric Chemistry Research Group makes among the world’s most accurate measurements of atmospheric concentrations of greenhouse gases, and they have shown how rapidly these compounds are accumulating. They are committed to refining those measurements and the modelling methods that allow us to understand why global emissions change. The Bristol Initiative for the Dynamic Global Environment reconstructs past climates and uses those insights to better understand our future; recent projects are building global collaborations to explore the controls on Earth’s temperature and monsoons.  Our glaciologists study sea level rise; our hydrologists study floods and drought; our social scientists study the injustice of climate change and its impact on migration and conflict; and our vets and life scientists are exploring how to improve animal welfare and crop yields on a climate disrupted planet.

Our commitment includes appointing the best and the brightest at understanding these challenges, including Dr Dann Mitchell who joined the University in November.  As co-ordinator of the largest dedicated project in the world on the climate impacts of the Paris Agreement (www.happimip.org), he sums up the Cabot Institute’s collective commitment: “The news of Trump wanting to pull out is incredibly frustrating. Our results are already suggesting more extreme events, such as droughts and heat waves, and serious impacts on society, such as increased human and animal health issues, failures in global crop distributions and bleaching of our coral reefs. I am frustrated that Trump continues to ignore the scientific evidence that has been recognised by his global peers, but that will not dissuade us from doing all we can to understand climate risks… and prevent them.’