The new carbon economy - transforming waste into a resource

By Cabot Institute for the Environment October 16, 2018
As part of Green Great Britain Week, supported by BEIS, we are posting a series of blogs throughout the week highlighting what work is going on at the University of Bristol's Cabot Institute for the Environment to help provide up to date climate science, technology and solutions for government and industry.  We will also be highlighting some of the big sustainability actions happening across the University and local community in order to do our part to mitigate the negative effects of global warming. Today our blog will look at 'Technologies of the future: clean growth and innovation'. 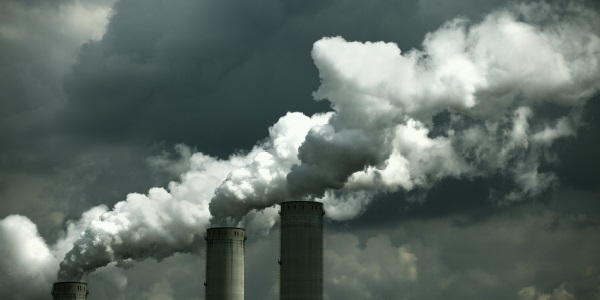 On Monday 8 October 2018, the IPCC released a special report which calls upon world governments to enact policies which will limit global warming to 1.5°C compared with pre-industrial levels, failure to do so will drastically increase the probability of ecosystem collapses, extreme weather events and complete melting of Arctic sea ice. Success will require “rapid and far-reaching” actions in the way we live, move, produce and consume.

So, what comes to mind when you hear carbon dioxide – a greenhouse gas? A waste product? You’re not wrong to think that given the predicament that our planet faces, but this article is going to tell the other side of the story which you already know but is often forgotten.

For over a billion years, carbon dioxide has been trapped and transformed, almost miraculously, into an innumerable, rich and complex family of organic molecules and materials by photosynthetic organisms. Without this process, life as we know simply would not have evolved. Look around you, - I dare say that the story of carbon dioxide is weaved, one way or another into all the objects you see around you in this moment. Whether it’s the carbon atoms within the material itself - or that old fossilised sourced of carbon was used to smelt, melt or fabricate it.

The great growth and development of the last two centuries has been defined by humanity’s use of fossilised carbon which drove the first and second industrial revolutions. But now - the limitations of those very revolutions are staring us in the face and a new revolution is already underway, albeit it quietly.

An industrial revolution is said to occur when there is a step change in three forms of technology, Information, Transport and Energy. The step change that I will discuss here is the use of carbon dioxide coupled with renewable energy systems to deliver a circular carbon economy that aims to be sustainable, carbon neutral at worst and carbon negative at best. This burgeoning field comes under the name carbon capture and utilisation (CCU). CCU, represents a broad range of chemical processes that will most directly impact energy storage and generation and the production of chemical commodities including plastics and building aggregates such as limestone.

In our research we are developing catalysts made of metal nanoparticles to activate and react CO2 to form chemicals such as carbon monoxide (CO), formic acid, methanol and acetate. They be simple molecules - but they have significant industrial relevance, are made on vast scales, are energy intensive to produce, and all originate in some way from coal. The methods that we are investigating while being more technically challenging, consume just three inputs - CO2, water and an electrical current. We use a device called an electrolyser, it uses electricity to break chemical bonds and form new ones. The catalyst sits on the electrodes. At the anode, water is broken into positively charged hydrogen ions called protons and oxygen, while at the opposite electrode, the cathode, CO2 reacts with the protons, H+, to form new molecules. It sounds simple but encouraging CO2 to react is not easy, compared to most molecules, CO2 is a stubborn reactant. It needs the right environment and some energy such as heat, electricity or light to activate it to form products of higher energy content. The chemicals that can be produced by this process are industrially significant, they are used in chemical synthesis, as solvents, reactants and many other things. CO for example can be built up to form cleaner burning petroleum/diesel-like fuels, oils, lubricants and other products derived by the petrochemical industry.

Formic acid and methanol may be used to generate energy, they can be oxidised back to CO2 and H2O using a device called a fuel cell to deliver electricity efficiently without combustion. One day we could see electrically driven cars not powered by batteries or compressed hydrogen but by methanol which has a higher volumetric energy density than both batteries and hydrogen. Batteries are heavy, too short-lived and use high quantities of low abundance metals such as lithium and cobalt – meaning their supply chains could suffer critical issues in the future. While the compression of hydrogen is an energy intensive process which poses greater safety challenges.

However, there are still many hurdles to overcome. I recently went to the Joint European Summer School on Fuel Cell, Electrolyser and Battery Technologies. There I learned about the technical and economic challenges from an academic and industrial perspective. In an introductory lecture, Jens Oluf Jensen was asked “When will we run out of fossil fuels?”, his answer “Not soon enough!”. An obvious answer but there is something I wish to unpick. The task for scientists is not just to make technologies like CO2 capture, CO2 conversion and fuel cells practical - which I would argue is already the case for some renewable technological processes. The greatest challenge is to make them cost competitive with their oil-based equivalents. A gamechanger in this field will be the day that politicians enact policies which incorporate the cost to the environment in the price of energy and materials derived from fossil fuels, and even go so far as to subsidise the cost of energy and materials-based on their ability to avoid or trap carbon dioxide.

Even without such political input there is still hope as we’ve seen the cost of solar and wind drop dramatically, lower than some fossil fuel-based power sources and only with limited government support. Already there are companies springing up in the CCU sector. Companies like Climeworks and Carbon Engineering are demonstrating technology that can trap CO2 using a process known as Direct Air Capture (DAC). Carbon Engineering is going even further and developing a technology they call Air to Fuels™. They use CO2 from the air, hydrogen split from water and clean electricity to generate synthetic transportation fuels such as gasoline, diesel or jet fuel. You may question why we should need these fuels given the rise of battery powered vehicles but a better solution for fuelling heavy goods vehicles, cargo ships and long-haul flights is at the very least a decade way.

In 1975, Primo Levi wrote a story about a carbon dioxide molecule and he said in relation to photosynthesis “dear colleagues, when we learn to do likewise we will be sicut Deus [like God], and we will have also solved the problem of hunger in the world.”. The circular carbon economy may still be in its infancy, but the seeds have sprouted. Unlike the first and second industrial revolution, the 3rd industrial revolution will not be dependent on one single energy source but will be a highly interdependent network of technologies that support and complement each other in the aim of sustainability, just like nature itself.