Forest 404: A chilling vision of a future without nature

By Cabot Institute for the Environment July 25, 2019 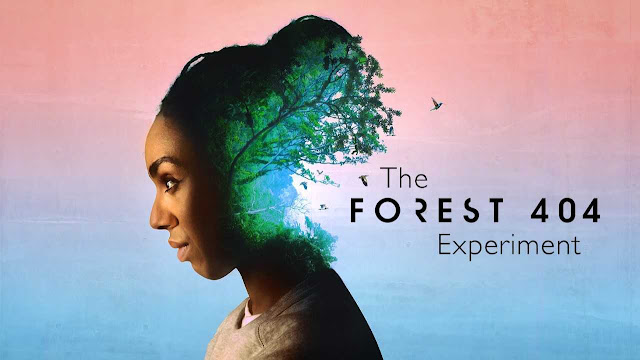 Binge-watching of boxsets on BBC iPlayer or Netflix is a growing habit. And binge-listening isn’t far behind. Podcast series downloadable through BBC Sounds are all the rage (with a little help from footballer Peter Crouch). Enter Radio 4’s ‘Forest 404’ - hot off the press as a 27-piece boxset on the fourth day of the fourth month (4 April 2019). This is something I’ve been involved in recently: an experimental BBC sci-fi podcast that’s a brand-new listening experience because of its three-tiered structure of drama, factual talk and accompanying soundscape (9 x 3 = 27).

Try to imagine a world in which not only forests but every last trace of the natural world as we know it has been erased (almost……). This eco-thriller by Timothy X. Atack (credits include ‘Dr Who’) is set in the 24th century following a data crash in the early 21st century called The Cataclysm (404 is also the error message you get when a website is unavailable). The action follows lead protagonist Pan (University of Bristol Drama alumna and ‘Doctor Who’ star Pearl Mackie), a sound archivist who archives recordings surviving from the early 21st century. These include items such as a speech by President Obama’s on climate change, Neil Armstrong’s remarks after landing on the moon and Beyoncé’s ‘Crazy in love’. Pan is merrily deleting them all (useless and senseless). Until, one day, she stumbles upon a recording of birdsong in the Sumatran rainforest that inexplicably grabs her. In fact, she’s left intoxicated, almost falling in love with it. So begins Pan’s quest to understand its origin and purpose – not to mention her mission to reconstruct the meaning of an almost completely eradicated world of nature.

Over the past couple of years, I’ve been working on a project with the world-famous, Bristol-based BBC Natural History Unit (funded by the Arts and Humanities Research Council), exploring wildlife filmmaking over the past quarter-century. We wanted to include and support a creative dimension going far beyond the project’s more strictly academic and historical elements. Something poetic and performative that could take the study of nature at the BBC into new territory, and away from the visual. But the core theme remains the same: the value of the natural world and its representation in cultural form. This haunting drama focuses on that cultural value very closely by exploring an alien and alienating future world without nature – a world where the only memory of its former existence is preserved in Pan’s sound archive.

This is a deeply historical approach that re-unites me with a piece of research I published some time in the journal Environmental History (2005) what I called the strange stillness of the past – how sounds, both human and non-human generated, were overlooked by most historians. ‘Forest 404’ also ties in with another recent AHRC activity led by my colleague, Dr Victoria Bates. The project was called ‘A Sense of Place: Exploring Nature and Wellbeing through the Non-Visual Senses,’ and I participated as a volunteer. It was about immersing people in natural sensescapes using 360-degree sound and smell technologies. The idea is that we can potentially ‘take nature’ to people who can't go to it for a first-hand experience.

With my partners at the BBC and Arts and Humanities Research Council, I see ‘Forest 404’ as part of an emerging research area known as the environmental humanities. The starting point of ‘enviro-hums’ is the conviction that a scientific perspective, no matter how important, cannot do full justice to the complexity of our many layered relationships with nature.

The humanities and arts have a big contribution to make in helping us to appreciate the value of what ecosystem services researchers call cultural services. This denotes the so-called non-material benefits we derive from the natural world – its aesthetic value (beauty), how it inspires imaginative literature, painting and music, its spiritual significance, and its role in forming cultural identities and giving us a sense of place. Last spring, Radio 3 broadcast a week-long celebration of all things forest and trees, following it up with another week in the autumn. ‘Into the Forest’ was all about how forests have supplied an almost unlimited source of inspiration for creative activity. ‘Forest 404’ confronts us with the brutal possibility of a world not just without forests and trees but even lacking a conception of nature. And it makes us think about how that absence impoverishes us culturally and spiritually as well as the more obvious ecological dangers we face.

Accompanying the podcast is an ambitious online survey devised by environmental psychologists at the University of Exeter and operated by The Open University. Data on how we respond to nature has previously concentrated on the visual. This focus on natural soundscapes will add a fresh dimension to what we already know about how contact with nature benefits our physical and mental wellbeing. Give the podcast a listen. Then please do the survey – over 7,000 people have already done so. It takes less than 10 minutes.

This blog has been republished with kind permission from the Bristol Centre for Environmental Humanities. View the original blog.

Prospective postgraduate students interested in Peter Coates’ work have the opportunity to apply for his research project on the Cabot Institute MScR in Global Environmental Challenges, ‘Fishscapes and fish as biocultural heritage.’ This one year research master’s project spanning both humanities and natural sciences investigates the status of fish as a cultural as well as an ecological species, occupying individual and collective memory.  For more information about the Cabot Institute MScR please contact Joanne Norris at cabot-masters@bristol.ac.uk.