By Cabot Institute for the Environment March 10, 2020 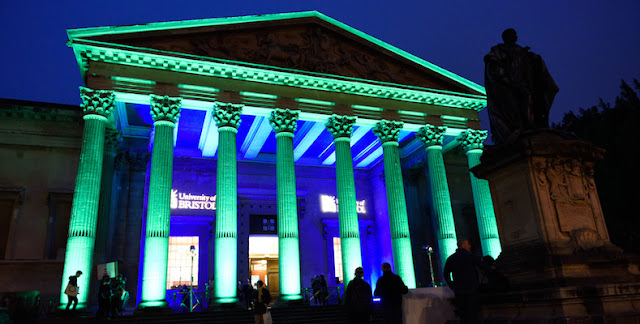 As someone who has spent the last decade leading a research programme encouraging partnerships between universities and communities, I very much welcome the publication of the new Civic University Commission report from the UPP Foundation. There is much in here to applaud: the call for strategic commitment by universities to civic engagement; the demand for a new approach to adult education and widening participation; and the need for sustained national funding for civic collaborations. But it is hard to avoid the fact that there is a glaring blind spot in a report that claims to be making a case about the future of universities. Namely, there is no reference to climate change. This is surprising given the significant and far-reaching implications of a changing climate not only for universities but for the communities in which they are based. For a report on the civic role of the university not to engage with climate change – when issues such as Artificial Intelligence, ageing populations and the ‘Asian Century’ are prominent – is a significant omission.

This gap in the report matters. It matters because it overlooks the significant positive impact that universities could make, working with their partners, to prevent and adapt to a changing climate. It matters because it underestimates the significant negative impacts that are already being felt by communities and cities as a result of disruptive weather events. It matters because it ignores the huge intellectual, social and practical innovation needed to allow our towns, cities and rural communities to live well with a lively planet, a civilizational shift in which universities should play a lively and creative role. Finally, it matters because young people and students across the UK as well as the rest of the world are looking to universities to provide them with an education that recognises the reality and the consequences of climate change.

The concerns of the authors of the report are clearly oriented toward the role of universities in softening the blows of past and future economic and technological changes. This is important. But even if this were the primary goal of the civic university, couching discussion of labour market futures primarily in terms of the fourth industrial revolution is on shaky environmental ground. The huge and currently unsustainable energy costs of artificial intelligence and machine learning, for example, suggest that the shift towards a brave new techno-enhanced future might be somewhat more dependent upon boring matters such as planetary sustainability than even the most ardent Prime Ministerial advisor in search of wacky ideas might imagine.

The entanglement of economy and environment, after all, is something the Stern report pointed out 14 years ago. If one of the agendas of the Civic University report is to rebalance the attention of universities towards the radical economic inequalities at play in their communities, then climate change and its impacts have to play a role in these calculations. Moreover, at a time when the UN Sustainable Development Goals (however flawed) are increasingly making their way into local government decision-making; at a time when many cities and towns are themselves taking the lead in setting ambitious carbon reduction goals, this absence in the report is hard to explain. It ignores what is already a defining challenge for many of the cities and communities in which universities are based.

There is, moreover, a clear opportunity to align the civic university and climate change agendas. Not least because civic collaboration of the sort envisaged by this excellent report works best not when it is a vague hand-waving memorandum-of-understanding type endeavour, but when people from different organisations come together to roll their sleeves up, learn from each other and figure out how to work on a shared matter of concern. And working out how to prevent and adapt to climate change is the mother of all shared concerns.

There are at least four clear areas for potential alignment:


Taking climate change seriously, in other words, is not something that detracts from the civic role of the university, it brings a much-needed focus and purpose to this agenda.