Looking back over a decade of Urban Pollinating in Bristol

By Cabot Institute for the Environment October 11, 2021

As the UK prepares to host the UN Climate Change Conference COP26 (31 October - 12 November) and the UN Convention on Biological Diversity COP15 takes place online (11-15 October), I have been looking back over a decade of urban pollinating in Bristol.

One of the four COP26 goals is ‘adapt to protect communities and natural habitats’ which includes Nature Based Solutions (NBS). These are answers to global environmental challenges which are created or inspired by natural processes based on or utilising the functions of nature. For this purpose, the Urban Pollinator Project established first here in Bristol, demonstrates perfectly how natural resolutions can benefit our ecosystems on a local, national, and global scale.

Before 2011 an extraordinarily little amount was known about the ecology of urban pollinators in the UK. Despite pollinators maintaining a vital role in protecting our biodiversity and upholding crucial ecosystems, their role in our ever-expanding cityscapes had yet to be examined.

Only a few plants are able to self-pollinate, and as a result they are reliant on insects, birds, bees, wasps, wind, and water to keep the cogs of pollination turning. Yet, since the 1930s 97% of wildflower meadows, home to many the many species of pollinators, have been lost. As a result of this drastic loss of habitat, a recent report found that a quarter of known bee species have not been sighted  since the 1990s. Certainly, an increase in urbanisation and expansion of cities and towns into wilder areas has contributed to such a dramatic decline. And so, the question was posed – how can we make pollinating insects more resilient and adapt to our increasingly urban landscapes?

In 2011 Dr Katherine Baldock, a researcher at the University of Bristol, set out to answer these questions. Leading teams from the University of Reading, Leeds, Edinburgh, and Bristol they embarked on a four-year nationwide initiative researching insect pollinators in urban habitats in the first study of its kind – The Urban Pollinator Project.

In Bristol, university researchers from the project examined the introduction of wildflower meadows alongside the M32 in July and August 2011. Over half of the species on Bristol’s Biodiversity Action Plan Priority Species List are in fact pollinators, and so not only was the Urban pollinators research unique, but vital to the future of our city’s ecology.

The findings from the study were able to report no significant difference between an abundance of pollinators and rare species in these urban wildflower meadows when compared with farms, wild areas, and nature reserves. They were also able to locate “hot spots” of pollinator diversity in cities and most importantly they were able to provide practical advice to the government, wildlife organisations, city councils and local individuals as to how to increase and improve pollinator biodiversity in urban habitats. (report)

In 2014, researchers from the Urban Pollinators Project went on to work alongside the Department for Environment, Food and Rural Affairs (Defra) using their findings to provide practical advice to the UK as part of the National Pollinator strategy, using Bristol as an example of where urban pollinating strategies had already been implemented.

Locally, the team of urban pollinators have left a big impression on the Bristol community. The research conducted by the urban pollinators has gone on to have a significant impact on local wildlife trusts, businesses, individuals, and policies, influencing and advising on many successful conservation initiatives across the city.

At the University of Bristol, students in 2012 and 2013 planted wildflower meadows across the campus, creating a 30 square metre pollinating zone which in addition to its ecological benefits, looked great too. Many other organisations followed suit and urban wildlife zones cropped up across Bristol localities making room for pollinating insects and raising awareness for their protection throughout different communities.

In 2014, the Get Bristol Buzzing initiative was formed in yet another first of its kind. In a partnership between Avon Wildlife Trust, Bee Bristol, Bristol City Council, Bristol Friends of the Earth, Buglife, South Gloucestershire Council and the University of West England they all united, dedicated and determined to protect and increase pollinating habitat across Bristol. Similarly, they committed themselves to raising awareness for the importance of insect pollinators and spread the word around local communities, organisations, and businesses. (report)

The decline in pollinating insects is occurring globally, and at a rapid rate. To help to protect global biodiversity the blueprint established in Bristol could certainly provide a nature-based solution in the face of future global environmental challenges.

Today the impact of pollinators is no longer just being investigated in urban environments across the UK. Current project-lead and original member of the Urban Pollinators Project Professor Jane Memmott has recently been examining the role of pollinators in protecting food chains in Nepal. Her dedication to improving ecological networks and pollinating systems has most recently led her to a pioneering discovery that pollinating animals can improve nutrients in food in developing countries.

This year, continuing their excellent work, Professor Jane Memmott and the Urban Pollinator Project discovered that urban gardens are vital for protecting pollinating insects. Published in the Journal of Ecology, this research found that city gardens account for an impressive 85% of nectar produced in Urban areas generating the most nectar per unit area of land. With 29% of land in cities made up of domestic gardens, it truly is vital that we seek to cultivate thriving urban environments to protect our pollinating ecosystems.

Thanks to these dedicated ecologists it has been a remarkable decade for the Bristol bees, hopefully the next decade will be even better.

So, what can you do to turn your garden into a pollinating haven?

(1) Plant for our pollinators:

Bees, wasps, butterflies, and other pollinating insects love nectar and pollen rich flowers and trees. Try filling your garden, allotment, porch, windowsill, or any available space with the flowers they love!

Save yourself from gardening and allow plants to grow freely, the wilder the area the more pollinators it will attract.

Many pesticides can be harmful if not kill pollinating insects. Abandoning pesticides will increase the chances of making your area a pollinating zone!

Research published in the Biological Conservation Journal found that by mowing your lawn once every two weeks instead of one increases the number of bees in that area by a huge 30%.

Make a bee house of bamboo sticks to give your local bees somewhere to lay their eggs and protect themselves from harsh weather conditions. 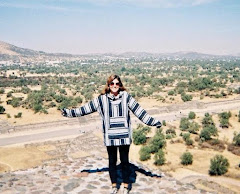 Interested in postgraduate study? The Cabot Institute runs a unique Master's by Research programme that offers a blend of in-depth research on a range of Global Environmental Challenges, with interdisciplinary cohort building and training. Find out more.