By Cabot Institute for the Environment July 28, 2022 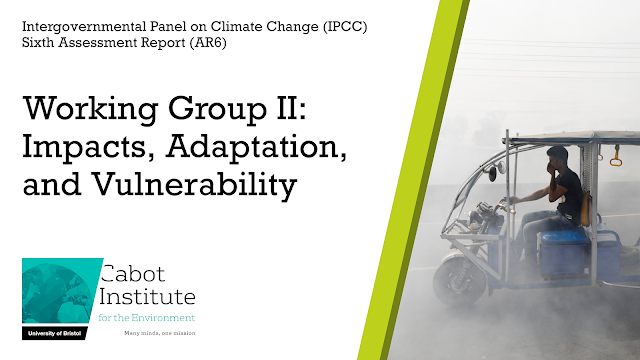 This blog is part of a series from the Cabot Institute for the Environment on the Intergovernmental Panel on Climate Change’s recent sixth Assessment report, with this post covering the output of Working Group 2 and the impacts of climate change on society and ecosystems. This article also features a chat with Prof Daniela Schmidt, a Professor at the School of Earth Sciences at the University of Bristol, and a Lead Author on the IPCC’s AR6 report. For links to the rest of the series, see the bottom of the post.

Welcome to the next post in this series on the IPCC sixth Assessment Report (AR6). Now that we’ve covered the background science to climate change, the next phase looks at the impacts on society, ecosystems, and the intricate fabric of everything in between – combining the science and aiding the transition of translating to policies that governments can implement to better the planet and mitigate the impacts.

This report is, in my opinion, the most alarming of the bunch – some scientists referring to this as the “bleakest warning yet”. Here are the key points: 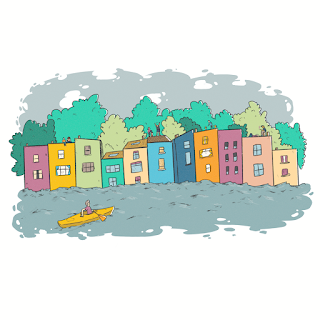 There is no inhabited region on earth that escapes the impacts of climate change. It’s estimated that over 3.3 billion people are living in areas highly vulnerable to climate change effects – largely extreme temperatures, leading to food insecurity and water shortages. Extreme weather events, such as tropical storms and flooding, are also set to increase in both frequency and severity.

As we’ve seen in recent years, wildfires have become more common (Australia and California making international news) and will continue to rise in frequency – wreaking devastation on communities and wildlife. This, along with the retreat of glaciers and polar ice caps, also results in a release of even more carbon to the atmosphere as the Earth’s natural carbon sinks continue to be dismantled. The ensuing feedback loop amplifies the warming, only serving to increase the severity of these events.

However, the impacts of climate change won’t be experienced uniformly across the planet…

The Impacts of Climate Change will not be experienced equally 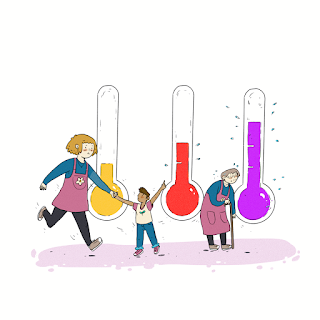 This is one of the most important statements from all three Working Groups. It’s been well reported that sea level rise will be existentially cataclysmic for atoll island nations such as Kiribati and the Maldives, but there are other effects of climate change that will be unequally experienced. At the other end of the scale, Britain and other western European nations will see less drastic impacts, despite having some of the greatest contribution to the emissions at the root of the climate crisis. In summer, some parts of the globe are already becoming unliveable due to the extremely high temperatures. In India and Africa for example, where temperatures can exceed 40 degrees C, the number of deaths due to heat are increasing year on year. Poorer communities, especially those who work outdoors, are disproportionately affected as their occupation puts them at greater risk.

Some of the nations with the lowest development and therefore lowest contribution to climate change will experience the impacts more than some of the greatest contributors.

The effects of a climate crisis add an extra layer of complexity to all sorts of problems the world is already facing. Threats to food and water security because of climate change will increase pre-existing geopolitical tensions as resources become more and more scarce. Therefore, the likelihood of conflict and war increases – which in turn shift focus from fighting climate change. To some extent, we are seeing this already with the war in Ukraine, for example. In summary, climate change can increase severity of a crisis and limits the efficacy of response.

Impacts on ecosystems are already happening as well 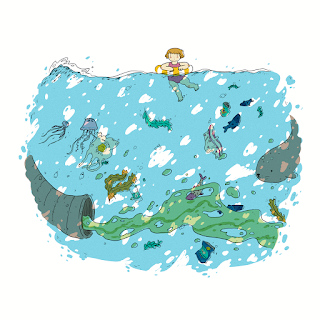 When I spoke to Professor Daniela Schmidt, a lead author on the WGII report (more from her at the end of the article), she was quick to point out and stress the connections between nature and society, links often underestimated - “Negative impacts on nature will negatively impact people”. Nature, land-use, and conservation will be some of the key tools in helping mitigate the effects of climate change.

This is something to explore further with the next blog in this series on Working Group 3: Mitigation of Climate Change. 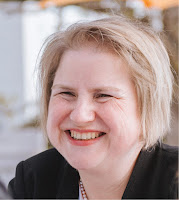 Daniela Schmidt is a Professor of Palaeobiology, Cabot Institute member and a key author on the IPCC’s WG2 report.

How did you get involved with IPCC AR6 and Working Group II in particular?

“I was a lead author on the fifth assessment report, working on the ocean chapter. I have since worked on reports for the European Commission on food from the ocean. I volunteered for this cycle with the expectation of working with WGI but I was assigned work on WGII, which was challenging because it was way out of my comfort zone. Working on this report has changed the way I will conduct research in the future, and has taught me to be more open to the complexities of life”

What’s one key point you’d like to get across from the WGII report?

“The official key strapline from AR6 is that the evidence is clear, climate change is real and happening right now. It's a rapidly closing window of opportunity to do something about it.”

“One of the main things I like to communicate is that if we don’t hit 1.5 degrees C targets, then 1.7 degrees C is still better than for 2 degrees C example. The point is that every increment matters and that we can’t give up if we miss targets. I think it's important to tell people that if we are overshooting 1.5 degrees C, yes, there will be consequences, some of which are irreversible, but we can still come back.”

“I also try not just to talk about climate change. Much of the adaptation action for climate change incidentally will, in my view, help to make the world a better place – providing clean drinking water, clean energy, habitable homes and ensuring there is nature surrounding them”

We recommend taking a look at the IPCC’s full reports and report summaries for yourself if you seek to further understand the evidence and reasoning behind their headline statements.

Going further, potential solutions and climate change mitigations will be covered in greater detail in our summary of WG3’s report titled “Mitigation of Climate Change”, will be the next blog in this series, featuring a chat with IPCC AR6 Lead Author Dr. Jo House and contributor Viola Heinrich.

This blog was written by Cabot Communications Assistant Andy Lyford, an MScR Student studying Paleoclimates and Climate modelling on the Cabot Institute Master's by Research in Global Environmental Challenges at the University of Bristol.