By Cabot Institute for the Environment July 26, 2022 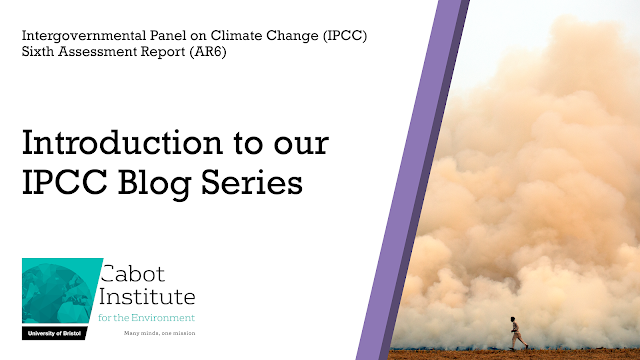 This blog is the first part of a series from the Cabot Institute for the Environment on the Intergovernmental Panel on Climate Change’s recent Sixth Assessment Report (IPCC AR6). This post is an introduction to the blog series, explaining what we’re aiming to do here and with a glossary of some climate change terms that come up in the later posts. Look out for links to the rest of the series this week.

What is the IPCC?

The IPCC is the Intergovernmental Panel on Climate Change. Formed in 1988 by scientists concerned about the state of the global climate, they’ve been publishing assessment reports on the climate to advise policymakers and governments to act. This year they published their 6th assessment report (AR6), which has been described as their ‘starkest warning’ about the dangers of climate change. The report was built up of 3 Working Groups and over 2800 experts representing 105 countries covering different aspects, from the base science to the sociological impacts of a climate crisis. Alongside their assessment reports, the IPCC also publish special reports on key issues to explore them in more detail. These topics have included Land Use, Impact on the Ocean and Cryosphere and further clarifications on the goal of mitigating 1.5°C global warming.

The IPCC are the most trusted climate group worldwide, with their work being used in policy decisions all over the world.

What are the three Working Groups?

Each of the working groups focuses on a different part of the climate story, looking at causes, effects, and solutions.

What is this blog series covering?

The full reports are well over 1000 pages each, with many chapters, subchapters, and footnotes to wade through. As previously mentioned, the full report is split into the domains of the working groups.

Each report from the Working Groups is then filtered down into its own Summary for Policy Makers, which is still dense and features a lot of explanation of evidence. This is further broken down into the headline statements that get released to the press. Even at this level, it’s hard for ordinary members of the public to take the time to read all the evidence and digest the key points.

The aim of this campaign is to distil the key points in each Working Group report in a short, easily understood, and shareable blog as a tool for public outreach. As well as this, the campaign will feature voices from across the Cabot Institute for the Environment including IPCC authors from each of the working groups.

It’s a nearly impossible job trying to filter down the output of thousands of experts into a digestible snippet, but hopefully readers will come away more informed about the IPCC reports and the climate crisis than before. 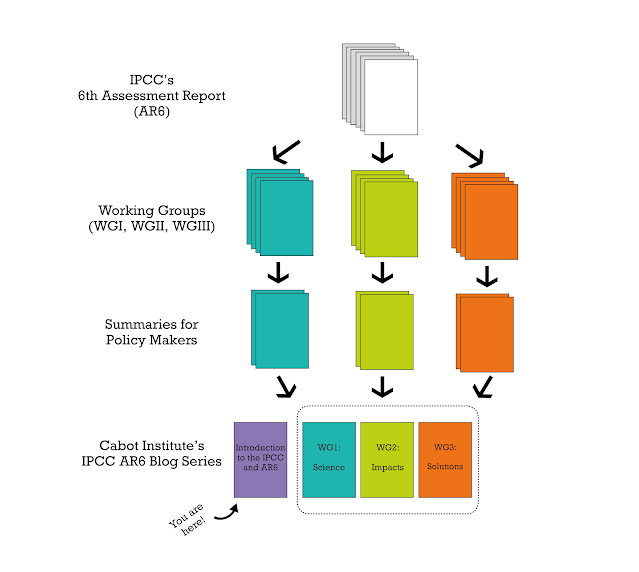 This week, we’ll be sharing my report summaries here on the Cabot Institute for the Environment blog as well as on Twitter and LinkedIn, starting this Wednesday [27 July] on the output of Working Group I: The Physical Science basis. Keep an eye out for it! 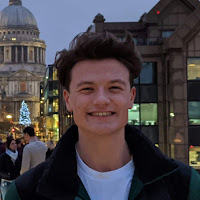 This blog campaign was written by Cabot Institute Communications Assistant Andy Lyford, an MScR Student studying Paleoclimates and Climate modelling on the Cabot Institutes’ Masters by Research in Global Environmental Challenges program at the University of Bristol.