Kyoto and Bristol: Working together on plant science

By Cabot Institute for the Environment October 22, 2014

The two universities have a strong partnership, which led to large cross-disciplinary symposia in 2013 and 2014. As Dr. Antony Dodd explains, the popularity of the 2014 plant science session led to the emergence of the latest workshop: “The second symposium included a large plant science session that attracted around 50 scientists. Following this, it was decided to expand upon this success and hold a focused three-day plant sciences workshop in the University of Bristol’s new Life Sciences Building”. Bristol’s Dr. Dodd and Professor Simon Hiscock and Kyoto’s Professors Minoru Tamura and Hiroshi Kudoh organised the event, which took place on 23-25 September 2014.

Academics, post-docs and (I was pleased to see) several PhD students from Kyoto’s Department of Botany and Center for Ecological Research made the long trip to Bristol. During the talks and poster presentations given by researchers from both Kyoto and Bristol, I was amazed by how similar our research interests were, for example in the areas of circadian rhythms (nature’s body clock), plant shade avoidance and the environmental regulation of the growing plant.
Botanic garden partnership

Plant science at both universities is enhanced by their botanic gardens. During the workshop, visitors from Kyoto had the opportunity for a guided tour of Bristol’s Botanic Garden by its director, Professor Hiscock. Many of us think of the Botanic Garden as somewhere pleasant to spend an afternoon, but it is an important resource for researchers at Bristol and further afield and as Dr. Dodd explains, “Both Kyoto and Bristol have long-standing interests in plant evolution and taxonomy”. At the end of the visit, Professors Hiscock and Tamura, the Director of the Kyoto Botanic Garden, signed a formal partnership between the two botanic gardens. Dr. Dodd expands on the importance of this agreement: “The new partnership between our two Botanic Gardens is very exciting because it will allow us to share good ideas and good practice in curation, cultivation, science and education”.

The main aim of the workshop was to form collaborations between Kyoto and Bristol scientists. “The portfolio of techniques, ideas and approaches to academic research varies considerably between countries. International collaboration forms a brilliant way to accomplish science that would not otherwise be possible, by providing access to new techniques, facilities, and ideas”, says Dr. Dodd. The end of the meeting gave researchers a chance to meet with others with similar interests and discuss new ways to work together. Dr. Dodd and Professor Kudoh also announced that they had just won a funding grant to investigate circadian rhythms in the field in Kyoto, which sounded like a fascinating project. One of the aims of the project is a short-term graduate exchange programme, which will give the students a unique chance to learn new techniques and experience international research, forming new collaborations of their own. 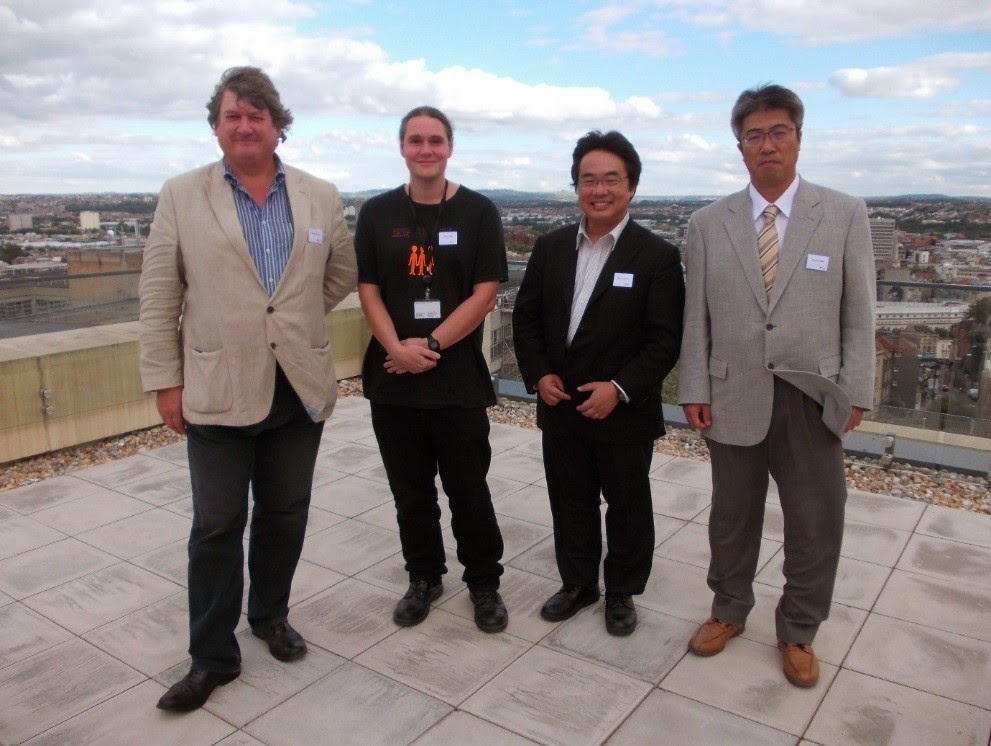