From Paris to Parliament: Is there a climate for action?

By Cabot Institute for the Environment February 19, 2016 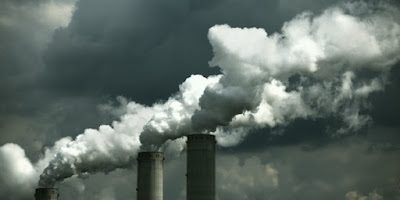 The Paris Agreement reached at the COP21 late last year was a big success, and the UK played an important, constructive role in that. But the UK is going backwards in policy terms with respect to greenhouse gas emissions.

That was the general message I took away from an event I attended last week in Parliament on behalf of the University of Bristol's Cabot Institute. In truth, this wasn't a big surprise to me. But what did strike me was the unanimity of the panellists who spoke: an MP, a scientist, an economist, a financial advisor, and an activist.* They were all more or less in agreement about the following:


All of the above just confirmed things I've thought for a while: That decarbonising is completely economically doable, and the reasons we're not doing it fast enough are just political. And that at this point (in some contrast perhaps to 10 or 20 years ago) the private sector isn't much of a problem politically.

What remains perplexing to me then is why the current government is not just doing so little, but actually going backwards--another more-or-less consensus view among the panellists. For example, revenues from environmental taxes have been flat or declining for years as a proportion of all tax revenues--directly contrary to what mainstream economics recommends. In the housing sector, the government has weakened energy-efficiency standards and killed off its flagship scheme to encourage better insulation. Subsidies for renewables have been cut (though the economic case for such subsidies is more equivocal). And this year's Energy Bill is strangely silent on climate change.

So... What's with the current government? I'm sure some of them are climate sceptics, but I wouldn't expect a majority are (and I don't think David Cameron is). Are they overestimating the economic costs of taking action on climate change? Maybe. But my best guess is that green issues just aren't a big concern for them personally, and they don't see the British public as too interested or supportive. As such, climate change is just constantly slipping down the agenda.

We may soon know more. The panellists noted that a number of big decisions are coming up in the UK within the next year, and in a sense this country will provide the first test of the Paris Agreement. Notably, there are questions about the climate implications of the Energy Bill, next month we will find out about funding for renewables post-2020, and we will see a new Carbon Plan by the end of the year. Let's hope for some more positive news on those fronts.