By Cabot Institute for the Environment July 03, 2018 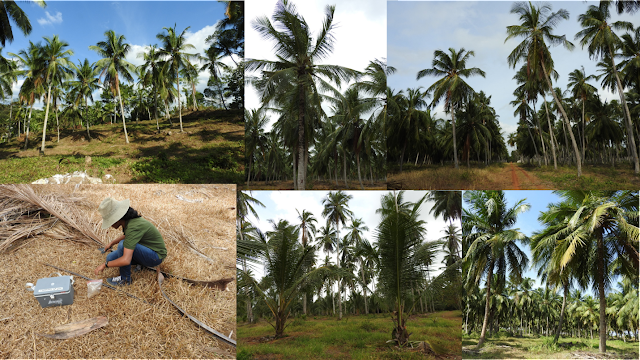 Before pursuing an MSc in Climate Change Science and Policy at the University of Bristol, I completed my undergraduate studies in Environmental Science at the University of Colombo, Sri Lanka. During my final year I carried out a research project that explored the impact of extreme weather events on coconut productivity across the three climatic zones of Sri Lanka. A few months ago, I managed to get a paper published and I thought it would be a good idea to share my findings on this platform.

There has been a growing concern about the impact of extreme weather events on crop production across the globe, Sri Lanka being no exception. Coconut is becoming a rare commodity in the country, due to several reasons including the changing climate. The price hike in coconuts over the last few years is a good indication of how climate change is affecting coconut productivity across the country. Most coconut trees are no longer bearing fruits and those that do, have nuts which are relatively very small in size.

Sri Lanka is among the top 5 largest producers of coconut, alongside Indonesia, Philippines, India and Brazil (FAOSTAT, 2014). Coconut is one of the major plantation crops in Sri Lanka and is second only to rice in providing nutrition (Samita & Lanka, 2000). Coconut cultivation represents 1/5th of the agricultural land of the country and significantly contributes to Sri Lanka’s Gross Domestic Product, export earnings and employment (Fernando et al., 2007).


The coconut yield is influenced by climatic variables such as rainfall, temperature and relative humidity in addition to other external factors such as pest attacks, diseases, crop management, land suitability and nutrient availability (Peiris et al., 2008). Optimum weather conditions for the growth of coconut include a well distributed annual rainfall of about 1500 mm, a mean air temperature of 27°C and relative humidity of about 80-90% (Peiris et al., 1995).

Our study analysed the impact of extreme weather events considering daily temperature and rainfall over a 21-year period (between 1995 and 2015) at selected coconut estates in the wet, dry and intermediate zones of Sri Lanka. The study revealed drought conditions during the first four months after inflorescence opening, had a negative impact on the coconut harvest in the dry and intermediate zones (as revealed by the statistical analyses and the model relationships developed in this study). Possible reasons for this include reduced pollen production due to the exposure of male flowers to elevated temperature (Burke, Velten, & Oliver, 2004) and flower and fruit abortions caused by high temperatures and absence of rainfall over an extended period of time (Nainanayake et al., 2008).

Implications of the findings

This study reinforces the importance of raising awareness on the implications of climate change on crop productivity. During my visits to the coconut plantations, the superintendents of the estates as well as the labourers appeared to be aware of the warming trend of the climate. They had adopted soil moisture conservation methods such as mulching, burying coconut husks and growing cover crops to prevent extreme evapotranspiration. These are short term solutions. If we are to think about sustaining the coconut cultivation in the long-term, it is important to focus our efforts on developing drought tolerant hybrids. Global climate is projected to change continuously due to various natural and anthropogenic reasons. Policy makers and market decision makers can utilize the knowledge on how coconuts respond to drought conditions to formulate better policies and prices. This information can enable us to be better prepared and minimize loss and damage caused by a drought resulting from climate change.