What makes cities more environmentally sustainable: A comparative study of York and Bristol

By Cabot Institute for the Environment July 05, 2018 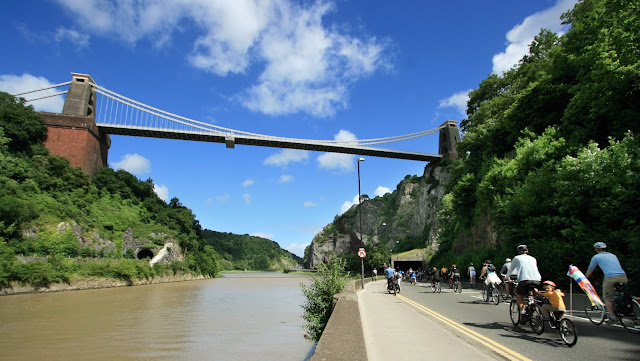 Over the summer of 2017 I conducted 25 interviews with policymakers and key stakeholders – 17 in York and 8 in Bristol. The interviews involved wide ranging discussions on the three pillars of sustainability – environment, social and economic – in the city of the interviewee.

Some background to the study and why I chose Bristol to compare with York – coming from the Leeds/Bradford conurbation, York seems like such a pleasant place to me: incredible preservation of its heritage, affluent, with very few of the economic and social problems experienced in some other parts of Yorkshire. However, having lived in York for a couple of years, I’ve realised when you scratch the surface a little, it’s not perfect. There are quite interesting dynamics in the city that prevent it from achieving its potential, particularly environmentally…

Enter Bristol as a comparison city!

Having won the European Green Capital 2015, Bristol was an obvious choice. Although initially my concern was there are stark differences between York and Bristol in terms of size, culture etc., it soon became apparent that these differences only highlighted the dynamics within each city that I was trying to uncover.

My research found that York’s two largest challenges in trying to be a more environmentally sustainable city are its political flux – due to finely balanced politics based on geographic location within the city – and heritage. Because of the flux, there is a lack of long-term vision for the city in addition to large political risks to parties that seek to enact less salient environmentally sustainable policies. When the flux is combined with the city’s conservatism – due to a culture of preservation – York can lack ambition.

Furthermore, York lacks economic sustainability, which is due to several reasons: the relatively recent loss of many of its large anchor employers, such as Rowntree’s, Terry’s and the Carriage-works; a focus on the low value-added tourist industry; high-office costs; high-living costs for employees; and a difficulty in accessing government infrastructure funding due to being on the edge of two Local Enterprise Partnerships. Additionally, whilst York has many small to medium sized enterprises – who reinvest a higher portion of their income into the local economy than large companies – it lacks the alternative business models, such as those found in Bristol, that can bring wider benefits. Therefore, due to economic unsustainability and a lack of alternative business models, the city’s business focus is on job growth as opposed to wider societal and environmental benefits, such as was found in the business focus of Bristol. Many of the positives that York possesses are due to the natural advantages that result from its built environment. The lack of ambition and vision, however, is preventing York from achieving its full potential. Being a city rich in heritage does not mean that it cannot also have a strong environmental sustainability focus, as discussed by Paul McCabe, Strategic Manager – Sustainability and Transformation, City of York Council:

“Other cities around Europe have shown that the two things are not incompatible: old architecture, green architecture, big public spaces, bold things can work together and compliment older areas.”

Bristol is an example of what a city can achieve in terms of environmental sustainability in a country with a very centralized state whose policies at a national level may be perceived by some as regressive. Additionally, while Bristol does have social problems, many of these may be inherent in large British cities. Bristol’s pursuit of green capital can be seen as a means to identify itself on a wider stage for pride and to attract inward investment – In this context I am using the term ‘capital’ to express the assets that a city has available to itself. In this sense green capital is not only a physical asset of entities such as green spaces for instance, but an asset embedded in urban cultures that has wider consequences – Why Bristol is pursuing green capital may be due to seeing the makings of this within its own culture: Bristol has a notably vibrant culture that is hard to define and account for, but appears to be bringing many social, environmental and economic benefits to the city. This vibrant culture was commented upon by James Cleeton, Sustrans England Director South, “what Bristol does well, is what its people do: there’s still that culture, that socio-cultural drive behind a desire for a really sustainable and green city”. Furthermore, the pursuit of green capital may only be possible in the city due to a long-term vision that emerges from political stability, the importance of which is contrasted with York’s changing administrations and relative lack of political stability. Although Bristol stands to benefit economically from green capital, this pursuit of green capital is perhaps only enabled because Bristol is already economically successful.

Therefore, I found what makes cities more environmentally sustainable revolved around the interaction between four themes: culture, economics, politics and social. These four themes all, in varying forms, influence environmental sustainability in a very individual nature within each city. Perhaps the most important influence, however, was found to be the status and nature of the capital that each city possessed – be that the heritage capital that holds York back, or the green capital that pushes Bristol forward, in this regard.

To read the full study, please see two versions: a shortened version and the full version.

This blog was written by Graham Gill from University of York.  Graham can be contacted by email.