By Cabot Institute for the Environment March 14, 2019
Developments in geophysical methods used to monitor surface and subsurface changes prior to landslides can lead to improved prediction and early warning. 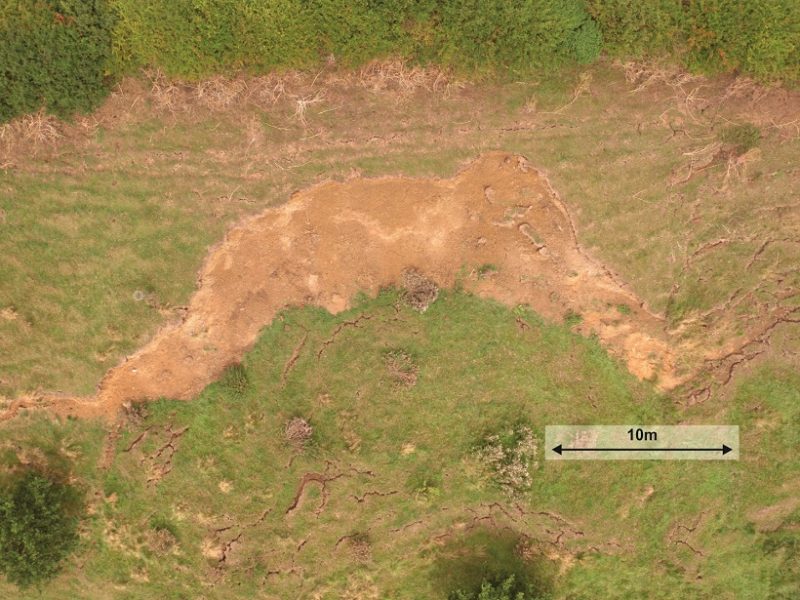 Drone photo from the Hollin Hill Landslide Observatory in North Yorkshire, UK, taken in August 2018. This landslide exhibits progressive “slip-stick” failure, which is linked to increases in subsurface moisture-content caused by prolonged and extreme precipitation. This backscarp feature, located in Lias Group mudrocks (Whitby Mudstone Formation), has developed slowly since first appearing in April 2016. Prior to this, there were few clues at the ground surface indicating the impending failure. Credit: British Geological Survey


Every year, landslides cause fatalities and destruction in locations worldwide. Nevertheless, what triggers them and when they occur can often be difficult to predict. A recent article in Reviews of Geophysics examined developments in landslide monitoring using insights and methods from geophysics. Here, one of the authors of the paper answers some questions about landslide monitoring and prediction.

Why is the monitoring of landslides important, and what role can geophysics play?

Sometimes the most effective option for mitigating the risk from landslides is monitoring.

In an ideal world, we would have the geotechnical and financial resources to be able to remove all landslide hazards through slope stabilization and remediation. In reality, this just isn’t possible, and sometimes the most effective option for mitigating the risk from a landslide is to monitor it.

Historically, this has been done by monitoring deformation at the surface and by looking at changes from localised points in the subsurface; for example, by measuring fluctuations in the water table in a borehole. Variations in these data may provide clues about when slope failure is imminent.
The advantage of geophysical methods is that they can not only monitor subsurface properties and how they change over time but can also do so at much higher spatial resolution and over a wider area than point sources of information, such as boreholes.

What are the different types of landslides and why are geophysical methods particularly useful for monitoring "moisture-induced" landslides?

“Landslide” is one of those words that sounds simple enough to define but in reality is very complex.

One of the distinctions we can make between landslide types is their triggering mechanism; most landslides are caused by the direct consequences of increased rainfall and shaking by earthquakes, but they can also be a result of secondary factors such as deforestation.

Between 2007 and 2016, 83% of landslides globally were triggered by rainfall or other hydrological events. This is why we use the term “moisture-induced” in our review article, as it reflects the complicated nature of all sources of water present in landslide systems, including rainfall, snow-melt, and groundwater, amongst others.

Introducing increased amounts of water into a landslide changes the properties of the subsurface, which leads to destabilization and, when a critical threshold is exceeded, slope failure. These changes in material properties can be monitored by geophysical methods and, by comparing data collected over time, it is possible to make inferences about the destabilizing processes that are occurring in the subsurface of the landslide system.

What different geophysical methods are used to gather information about moisture-induced landslides?

Our review article looks at published case studies from the past 12 years to see what kinds of methods are being applied to monitor moisture-induced landslides. What struck us was that the majority of studies used one of two methods: passive seismic and active geoelectrical methods.

Passive seismic monitoring has been used for many decades in global seismological studies, but really only started to be scaled down to look at smaller scale features, such as landslides, in the mid-1990s. 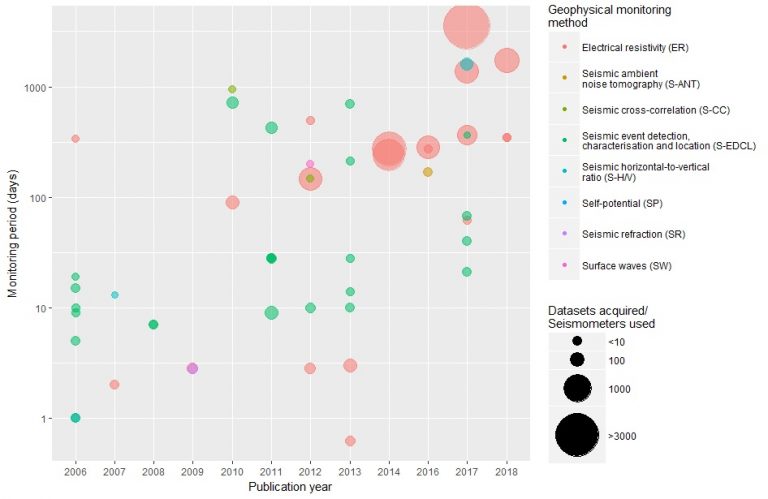 Lower equipment costs and power consumption, combined with better data management and equipment durability, means we can collect more geophysical data for longer from landslides. Each of the points in this plot shows information gathered from published case studies about the length of time and amount of data acquired during a single geophysical monitoring campaign. Multiannual campaigns are becoming increasingly common compared to nearly a decade ago. Credit: Whiteley et al. [2018], Figure 6

What do these methods tell us about the subsurface conditions of landslides?

The two approaches provide an opportunity to better understand the variable nature of the subsurface in time and space.

Passive seismic and active geoelectrical approaches complement each other very well. First, they tell us about different aspects of the subsurface conditions beneath a landslide. Seismic methods are able to tell us about the strength of the ground, while ER methods provide information about subsurface moisture dynamics. Both of these aspects are very important when trying to predict landslide movements.

Second, passive approaches tend to have great temporal resolution, but their spatial coverage can be limited by the number of seismic sensors deployed on a slope, usually due to cost or power requirements. On the other hand, ER methods can provide very high spatial resolution, but as they are dependent on collecting a set of data from many measurements, their temporal resolution can be limited. Together, the two approaches provide an opportunity to better understand the variable nature of the subsurface in time and space.


What advances in equipment and data analysis have improved understanding of landslide processes?

The financial, computational, and energy cost of equipment is continually reducing, which means we can collect more data for longer periods, and send data from the field to the lab for near real-time analysis.


Where is the field of geophysical monitoring of moisture-induced landslide heading?

The challenge now is to start looking for clues to identify precursory conditions to slope failure and to develop geophysical thresholds to inform early-warning approaches.

The great news is that this is a very active area of research! There is a lot of work being done in environmental seismology to increase the number of low-cost, low-power seismic sensors that can be deployed in landslide settings. This is important, as it will allow us to monitor landslides at very high-resolution in both the spatial and temporal domain.

Looking to the future, one can envision “smart sensor” sites that provide power, data storage, and telemetry, accommodating a wide range of integrated geophysical, geotechnical, and environmental monitoring methods. These could include seismic and electrical arrays, wireless sensor networks, and weather stations, with data relayed back to central processing sites for near-real time assessment, and early-warnings of impending failure based on calibrated geophysical thresholds.

---------------------------------
This blog was written by Cabot Institute for the Environment member James Whitely, postgraduate researcher at University of Bristol's School of Earth Science and the British Geological Society, with contributions from the articles co-authors. The blog was originally published by Editors' Vox. 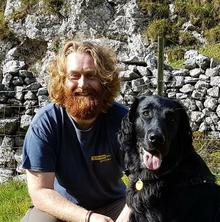