By Cabot Institute for the Environment June 05, 2020 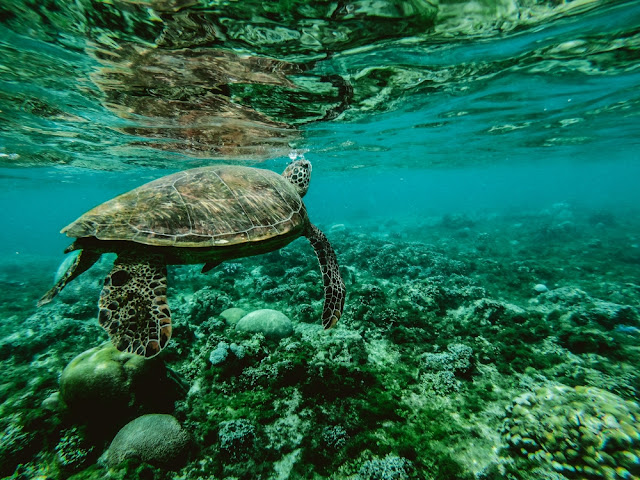 
World Oceans Day 2020 – the start of something big

Since 1992, World Oceans Day has been bringing communities and countries together on 8 June to shine a light on the benefits we derive from – and the threats faced by – our oceans. But this year, there’s an even bigger event on the horizon. One that may go a long way to determining our planet’s future, and which researchers at the Cabot Institute for the Environment intend to be an integral part of.

From next year, the United Nations launches its Decade of Ocean Science for Sustainable Development, a major new initiative that aims to “support efforts to reverse the cycle of decline in ocean health”.

Oceans are of enormous importance to humans and all life on our planet – they regulate our climate, provide food, help us breathe and support worldwide economies. They absorb 50 times more carbon dioxide than our atmosphere, and sea-dwelling phytoplankton alone produce at least half the world’s oxygen. The OECD estimates that three billion people, mostly in developing countries, rely on the oceans for their livelihoods and that by the end of the decade, ocean-based industry, including fishing, tourism and offshore wind, may be worth $3 trillion of added economic value.


A decade to decide the future of our oceans

But ocean health is ailing. The first World Ocean Assessment in 2016 underlined the extent of the damaging breakdown of systems vital to life on Earth. As the human population speeds towards nine billion and the effects of our global climate crisis and other environmental stressors take hold, “Adaptation strategies and science-informed policy responses to global [ocean] change are urgently needed,” states the UN.

By announcing a Decade of Ocean Science, the UN recognises the pressing need for researchers everywhere and from all backgrounds to come together and deliver the evidence base and solutions that will tackle these urgent ocean challenges. At the Cabot Institute, we kicked off our support for that vision a year early by holding our first Ocean’s Workshop.

From our diverse community of hundreds of experts seeking to protect the environment and identify ways of living better with our changing planet, we brought together researchers from a wide range of specialisms to explore how we might confront the challenges of the coming decades. The University of Bristol has recently appointed new experts in geographical, biological and earth sciences, as well as environmental humanities, who are experienced in ocean study, so, excitingly, we had a pool of new, untapped Caboteers to connect with.

During a fast-paced and far-reaching workshop, we shared insights and ideas and initiated some potentially highly valuable journeys together.

Biogeochemists helped us consider the importance of the oceans’ delicately balanced nutrient cycle that influences everything from ecosystems to the atmosphere, biologists shared their work on invertebrate vision and the impact of anthropogenic noise on dolphins and other species, and literature scholars helped us understand how the cultural significance and documentation of the oceans has evolved throughout history, altering our relationship with the seas. 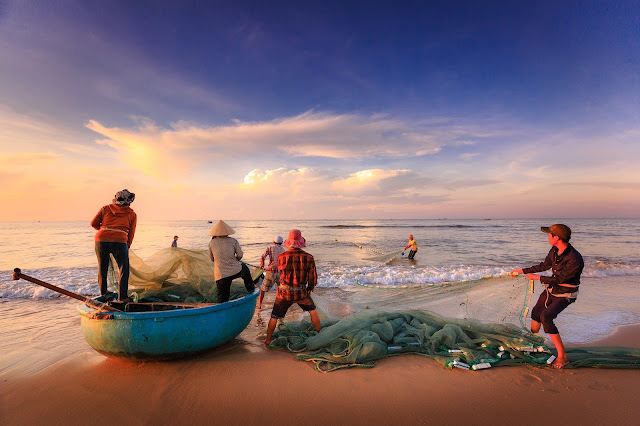 We highlighted how Marine Protected Areas (MPAs) deliver mixed results based on regional differences and outdated assumptions – individual MPAs are siloed, rarely part of a more holistic strategy, and rely on data from the 1980s which fail to account for much faster-than-predicted changes to our oceans since then. Our ocean modellers noted the lack of reliable, consistent and joined-up observational data on which to base their work, as well as the limitations of only being able to model the top layers of the ocean, leaving the vast depths beneath largely unexplored. And the fruitful link between biological and geographical sciences was starkly apparent – scientists measuring the chemical composition of oceans can collaborate with biologists who have specialist knowledge about species tipping points, for example, to mitigate and prioritise society’s responses to a variety of environmental stressors.

One overriding message arose again and again though – the power of many, diverse minds coming together in a single mission to engage in pioneering, solutions-focused research for our oceans. Whether it’s the need for ocean scientists to work more closely with the social scientists who co-create with coastal communities or the interdisciplinary thinking that can resolve maritime noise and light pollution, protecting our oceans requires us to operate in more joined-up ways. It is the work we conduct at this intersection that will throw new light on established and emerging problems. We can already see so many opportunities to dive into.

So, as we celebrate World Oceans Day and look ahead to a critical Decade of Ocean Science, it’s our intention to keep connecting inspiring people and innovative ideas from many seemingly disparate disciplines and to keep doing so in a way that delivers the research we need for the oceans we want.