Stockholm+50: No way to have a conversation about climate change

By Cabot Institute for the Environment June 13, 2022 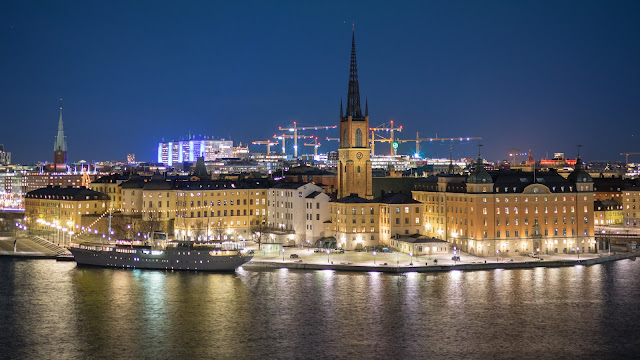 I’m just back from Stockholm+50, the summit convened to mark 50 years since the first UN conference on ‘the human environment’ that led to the founding of the UN Environment Programme. Could the participants then have imagined that half a century later we would be living through mass extinctions and still be trying to work out how to stop (some) humans creating a hothouse world?

Perhaps they would, if they’d seen what these conferences have become. While ‘jaw jaw’ remains better than ‘war war’, there is no doubt that these climate conferences have become a parody performance of international negotiations. Children sang and presented flowers; the UN Secretary General Antonio Gutierrez restated the ‘code red’ call he’s been making for a while now; John Kerry stated publicly that world leaders were on a ‘collective suicide mission’, which, given that he’s the United States Ambassador on Climate Change, should have made more headlines, but was instead greeted with a collective ‘meh’. ‘Interactive’ dialogue sessions promised to open up the agenda, but invited only pre-selected agencies all of whom said, again, what they’d been saying for years.

This is no way to have a conversation.

Over two days, ministers and civil servants from every UN country and associated organisations make five minute speeches on the main stage designed to appeal to the media back home rather than make any breakthroughs in the room. There are the usual obligatory selfie walls and hordes of professional sustainability experts in suits taking advantage of them to burnish their green international network credentials. Civil society groups have to fight discriminatory visa systems and lack of funds to even get to the summit, only to find out that there is no access to the processes by which the summit decisions and texts are being made. The youth delegations express their now familiar (and understandable) frustration with the older generation and demand of tired, under-funded UN representatives that they ‘use their privilege’ and power to make the changes needed. It resembles nothing so much as a pyramid selling scheme, with everyone fighting to get closer and closer to a centre of power which, in the end, turns out to be illusory.

As an outsider, watching this process in Stockholm, just as I watched COP last year in Glasgow, was like watching an old world dying. You could see old institutions struggle and fail to deal with state capture by fossil fuel interests, observe exponential natural changes meet incremental policy negotiations, feel the chaotic speed of ecosystem transformations meet lock-in and predatory delay of social systems.

And yet, where there is death there is also, always, life.

All around the official event were people using the summit as an excuse to gather, as a way of using the old systems to create something new. A new generation of policy actors, youth movements, academics, unions and civil society, energised by lessons learned from COP26, gathered in informal associated events and activities. This is where the energy was, where dialogue was taking place, where people were learning from each other and naming the obstacles that needed to be overcome.

You could feel the energy in the work of the Fossil Fuel Non Proliferation Treaty movement which is creating serious alliances across countries and interests and is beginning to exert enough pressure to get commitments to fossil fuel phase-out on the formal agenda; you could see it in the brilliant legal escapades of the ‘Stop Ecocide’ movement making the case for the rights of nature and getting faith leaders around the world signed up to protecting nature. And more than energy, you could see serious, feasible new ideas emerging in the hard economic thinking mobilised by the Stockholm Resilience Centre in their new Earth4all report, which outlines concrete steps towards non-ecocidal and non-suicidal economic arrangements; and in the principled and practical work of the Rainforest Coalition demonstrating what real carbon capture actually looks like and tracing routes towards sustaining it.

What characterises many of these activities is a commitment to a different sort of conversation – to processes of unlearning, of listening, of deep attention to others in the room, of naming the hard problems and working together on them. They point the way to a new sort of conversation – one from which the organisers of future UN conferences might learn. And one which we can all begin to model and practice in each country, network or community that we are part of back home.

This blog is written by Cabot Institute for the Environment member Keri Facer, Professor of Social and Educational Futures at the University of Bristol.