By Cabot Institute for the Environment November 11, 2014
Lets face it, it’s fairly depressing being a climate scientist.  The Synthesis Report of the Intergovernmental Panel on Climate Change was adopted by the world governments last Sunday (2 November 2014). This report drew on the three individual reports published over the last year on the Science, Impacts and Mitigation of climate change, all of which I was proud to contribute to.  Yet apart from a few comments from the global great and good on the urgency of the situation and the need to move away from fossil fuels to avoid changes that will be dangerous for mankind and nature alike, it made relatively little headlines. I was wondering if it would really make any difference to anything that anyone does. I will still dread Daily Mail-reading cab drivers asking me what I do for a living, as it’s disheartening to try and explain the science to someone who has far more pressing and immediate concerns and would rather not think about, let alone believe, what we scientists repeatedly say, stronger, louder, and with far richer detail, but basically unchanged over the last 20 years.

So I was really encouraged, if not elated, after attending the All Parliamentary Climate Change Group meeting on “Stranded Assets: How can policy makers act to ensure economic stability while reducing emissions?”.  It wasn’t just that it was fun to be at the Houses of Parliament on the 5th November.  It seems that certain parts of the financial sector are taking climate risk extremely seriously and advising that investment in the fossil fuel industry (where 15 to 20% of UK pension investments are placed) is no longer the safe bet it used to be, that the risks are too high and that investors should better put their money into “clean” alternatives such as renewables.

What are ‘stranded assets’?

These are assets that succumb to unanticipated devaluation due to technology change, consumer change, regulatory change etc.    In other words, investments in large infrastructure fossil fuel projects could become devalued in the future due to factors such as increasing capital costs of fossil fuels (e.g. due to extraction, regulation, carbon pricing, costs of using carbon capture and storage technology), decreasing costs of competitive renewables, and increasing direct physical risks to the industry from climate impacts.  Thus investing in them is more risky than many investors take account of, as such risks do not currently have to be disclosed.  The Carbon Tracker Initiative have published reports on this, managing to take the science and talk in the language of the financial industry to present a convincing argument for why and how to reassess business models and investment portfolios. 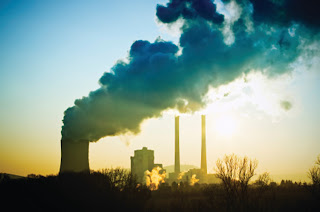 One may easily argue that the Carbon Tracker Initiative was set up to solve the challenge of moving away from fossil fuels through actions within the capital market, so they are bound to say this. But it seems some very established Institutions feel the same.  Just a few weeks ago the Rockefeller Foundation, that initially built their fortune on the back of oil, announced that it was going to move away from investment in fossil fuels and switch to clean technology investment.  Last month at the World Bank, Mark Carney, Governor of the Bank of England warned investors to avoid the “carbon bubble” of stranded fossil fuel assets, as many governments (e.g. Norway and Sweden), businesses and individual wealthy investors commit to divesting away from fossil fuels. The organisation 350.org, having successfully persuaded many companies in the USA to divest, is putting pressure on UK businesses. Edinburgh University has signed up...take note Bristol - is this something we should do?

As Tim Yeo, Chairman of the Energy and Climate Change committee put it, the science is accepted.  The fact that we have to keep within the trillion tonnes of CO2 emissions to avoid “dangerous” changes above 2 degrees seemed to be widely accepted among the various political and financial bodies represented at the meeting.  Cost is now the issue, and those countries (and businesses) that reduce early will have enormous economic benefit.  Is everyone else as convinced? Well sadly not everyone, but at least if enough investors start to move they can lead the governments, which is more of an encouraging prospect than holding out for global agreement and strong action from the governments in Paris next year.
----------
This blog is written by Dr Jo House, Cabot Institute, School of Geographical Sciences, University of Bristol.  Jo is a Leverhulme Research Fellow looking at the role of the terrestrial biosphere in climate change and climate mitigation.