By Cabot Institute for the Environment January 23, 2017
In 2011, a marine heatwave hit the west coast of Australia leading to ten days of above average sea temperatures. The area was already known as an ocean warming “hotspot”, but this particular period was a tipping point, causing dramatic changes to the marine ecosystem. Underwater kelp forests along the coast reduced in density by 43%, with some disappearing entirely.

The loss of kelp resulted in an ecological shift, which led to the growth of different kinds of algae as temperate water species were replaced by subtropical and tropical species. Five years later, kelp forest recovery has still not been observed. A few days of extreme heat resulted in apparently irreversible change.

The frequency and intensity of extreme events, like marine heatwaves, are only expected to increase, and their consequences are hard to predict. But while some of these extreme events could be devastating, it isn’t all doom and gloom. Even though human-induced climate change is happening, local steps can be taken to help alleviate the impacts on our marine environments. And by focusing on a localised approach, we could make a positive difference on a global scale.

The very existence of the Great Barrier Reef and its extraordinary biodiversity ultimately depends on the health of the corals. When they are covered by sediment, their ability to photosynthesise is dramatically reduced, resulting in less healthy coral. Unhealthy reefs are less able to deal with predators and other damaging events.

In buying the cattle station the government is able to stem the sediment runoff away from the Great Barrier Reef and provide a healthier environment in which the coral can thrive. This is just one example of scientists using local knowledge successfully to inform ministers to make decisions on the local scale that alleviate the problems faced by marine ecosystems of climate change, over fishing and pollution.

To apply such processes in more places in the world, organising climate information and action must move from a global to a regional scale. Overfishing and pollution can be much more effectively dealt with by focusing on local responses.

The Pacific Islands for example, rely heavily on the tuna fish industry. But they have faced major problems of over fishing and reducing stocks – from both small vessels and industrialised ships from other countries. Only a united front would enable control over stocks and a future for the industry.

So in 1982, a collective of islands focused on the conservation and management of tuna in the pacific set up the Naura agreement. Papua New Guinea, Solomon Islands, Tuvalu, Kiribati, Marshall Islands, Naura, the federated states of Micronesia and Palau, and more recently Tokelau, all signed up to the Vessel Day Scheme for Pacific tuna, which limits the amount of days available for fishing to maintain tuna populations. In the last five years the collective has received global recognition for its sustainable management methods – and an increase in revenue from US$60m to US$360m.

Over in the Caribbean, meanwhile, Antigua has some of the most degraded coral reefs in the region. Overfishing is thought to be a main reason for this as it has reduced the amount of herbivorous fish, resulting in the proliferation of seaweed – a main competitor of the corals.


To improve the health of the reef, marine protected areas – and specifically a “no take zone” – were created in 2014 in conjunction with the local fishermen. Within a year, this change in local management led to significant increases in the biomass of target fish species. This allowed herbivore fishes to actively graze on the seaweed biomass, enabling respite and providing recovery time for the corals.

In Fiji, mangrove trees are being planted to combat coastal erosion caused by rising sea levels and increasing storm surges. While a direct benefit to Fiji’s inhabitants against potential harm from the ocean, this action also creates a habitat and a site of refuge for many juvenile marine species that will also be affected by future climate change.

Lessons can be learned from all of these local strategies which could be replicated in similar environments facing similar problems. But developing these initiatives will depend on our understanding of key organisms and their interactions with each other. These are some of the areas suggested by professors Daniela Schmidt and Philip Boyd, in a commentary on what ocean scientists should consider when informing policymakers.

Small island nations will feel the impact of global changes on the ocean first, so they are leading the way in adaption and mitigation techniques in retaliation to changing climates. With the additional threat of America no longer being a part of the international agreements on global warming, tackling climate change on a local and regional scale may be our only hope. 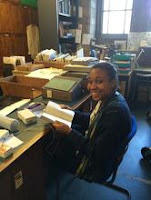