The Sarstoon-Temash National Park, Belize: Whose land, whose development?

By Cabot Institute for the Environment January 04, 2017


This October I spent time with the Sarstoon-Temash Institute for Indigenous Management (SATIIM), an NGO which integrates forest conservation with indigenous community development, the only one of its kind in Belize.

The organisation is located in Belize’s southernmost district of Toledo, reachable by a bumpy six hour bus ride from the country’s northern hub, Belize City. Government roadside adverts dot the route advising youngsters to ‘Stay Out of Crime’, and Belizeans to ‘Protect the Cayes and the Mangroves: your social security benefits’. Belize City is beset by gang violence, but high-end eco-tourism is booming in the north around the country’s cayes, beaches, and pristine conservation areas. Over 26% of Belize’s land and territorial waters have been designated as protected areas which play a crucial part in tourism, a major contributor to the economy as its second largest industry, and fuelling growth in many other sectors. The ads tail off by the time we reach Toledo, a safer but poorer district. From here to the River Sarstoon, the border with Guatemala, lie dense wetlands, forest and mangroves, and some of the country’s poorest communities, including many Q’eqchi Maya and Garifuna indigenous peoples.

Over four weeks I spent time here in SATIIM’s office, in the villages they work with, and in the forest, learning about their work and recording the voices of community members. On a visit to the sleepy Q’eqchi Mayan village of Crique Sarco Andres Bo, an active member of SATIIM, explained how the organisation began. Belize has been praised for its pioneering approach to conservation, using a series of legislative acts for protecting areas since gaining independence in 1981. But when it ringfenced a wetlands and forest area in order to create the Sarstoon-Temash National Park in 1994, the government ignored the collective land tenure of many Maya and Garifuna communities in the area, neglecting to consult or even inform them. Villages are largely forest dependent, employing milpa farming, a form of slash and burn subsistence agriculture - but using forest resources such as materials for house building, farming, hunting and fishing on part of their ancestral lands was now outlawed. “We can't do hunting, we can't do fishing, we can't take out logs in there, we can't have plantations there. But that is land we used, part of Crique Sarco….the vines and sticks which we used to build houses and posts are in those areas,” Andres explained.

In order to try to maintain influence in the area, and recognising that conserving the forest would have a beneficial impact on the surrounding areas’ ecosystems and resources, six villages came together to form SATIIM. The organisation then formed a successful partnership with the Belize Government to monitor the park under a co-management agreement using community led patrols. The community led element is key: SATIIM’s aims are to integrate environmental protection, human rights and development, and their work challenges any notion of conservation which promote reforestation at the expense of or exclusive from the forest communities whose livelihoods depend on it. “If you want to have effective development and effective conservation, the communities must be involved in the development of any plan that affects their livelihood,” explains SATIIM’s Director Froyla Tzalam.

However in radical opposition to the NGO’s approach and in contradiction to the park’s protected status, the government decided to relax its ban on extractive activities and grant oil exploration permits to Texas-based corporation US Capital Energy, who began to cut paths and build exploratory oil drills, wreaking havoc on the forest’s ecosystems. They constructed a major drill site in a low-lying and extremely wet area, where any spills would quickly impact surrounding wildlife and waterways. I learnt more about the site on joining a community forest patrol in the following weeks, which is described in the second-part of this blog series.

The incident brought to the fore tensions between national development, local community interests, and land tenure rights. While environmental protection strategies have been used to bolster the success of the tourism industry and economic development in other areas of Belize, the government had clearly decided to pursue a different strategy in the impoverished and underinvested Toledo District, with Prime Minister Dean Barrow stating that US Capital be allowed to “Drill at Will” in the STNP.

“Are you telling us that we may spend decades protecting an area which over night can be turned into an extractive zone?” Froyla Tzalam

Concerned about the environmental impacts and effect on the villages’ livelihoods, SATIIM decided to fight back. In 2006 they filed a case against the government at the Supreme Court on the basis of its own environmental policy, as no environmental impact assessment has been conducted prior to the explorations. The court ruled against the government, triggering a string of cases in which the communities built the case for their land rights. Rulings from the Supreme Court and the Caribbean Court of Justice have subsequently stated that the government and US Capital Energy acted without the ‘Free, Prior, Informed Consent’ (FPI) of the Mayan and Garifuna communities, a principle defined by the United Nations Permanent Forum on Indigenous Issues and recognised in international law. FPI recognises indigenous people and forest communities’ rights to consent to projects in lands that they customarily own, occupy or use. Court cases up to 2016 have reaffirmed tenure rights of the Maya and Garifuna communities in southern Belize, that their traditional land rights constitute property equal in legitimacy to any other form of property under Belizean law. In addition the Supreme Court has ordered the government to conduct work on the communities’ land boundaries and  is ‘supervising’ its implementation.

The arrival of the oil company brought villages into conflict. Some labelled SATIIM as ‘anti-development’ for challenging US Capital. But Juan Choc, Village Leader of Crique Sarco tells me that since promises of job offers with US Capital haven’t materialised, more and more villagers are coming to realise that oil extraction may not be the type of development they need. The few short term jobs that appeared during oil exploration offered poor working conditions and were poorly paid. Better paid roles were reserved for staff with special skills brought in from Mexico. Orange and green paint, US Capital colours, coats the village schools around the exploration site. However the schools remain government funded, and the paint jobs seem little more than a branding exercise. Tangible benefits from the oil company have been few and far between.

SATIIM will now be working on georeferencing their ancestral land boundaries in order to get more solid legal recognition, and focusing on land rights awareness and environmental education. For the moment the low global oil price has meant that the impetus from US Capital has been lost and the drill site sits empty. But as the government has extended their permits to Feb 2017 in spite of court rulings, further drilling remains a possibility. Even once their land is demarcated communities will still have to decide whether they are for oil extraction or against it. SATIIM has been working on a program of environmental education so that communities are able to make more informed decisions about the benefits and risks involved. For Froyla the communities are now more informed, empowered and more ready to fight for what happens in their land: “It is clear when I attend the community meetings now that the villagers have a different vision of development for themselves. So that's what gives me hope”. 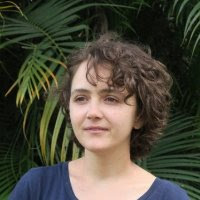 Rachel Simon is a former part-time Environmental Policy MSc student, graduating in 2016. During her time at university Rachel was part of the Fossil Free Bristol University group. Following the completion of her MSc Rachel spent time with an indigenous conservation organisation in Belize, recording voices of land rights activists for the Latin American Bureau’s [http://lab.org.uk/] forthcoming book, Voices of Latin America.


The second blog in this series is available here.