Reflections on sustainability in my first few months in the U.K.

By Cabot Institute for the Environment January 11, 2017 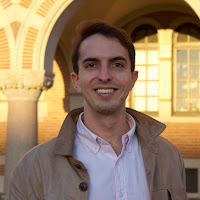 I’m Michael Donatti, a Cabot Institute Masters Research Fellow for 2016-2017. I have come to the University of Bristol from Houston, Texas, to read for an MSc in Environmental Policy and Management. Alongside studying, I have had the chance to experience this new city and this new country from an outsider’s perspective, and here are some of my initial thoughts on environmental sustainability in Bristol and the UK.

To be quite honest, Bristol is an interesting choice for a European Green Capital city. It lacks the biking infrastructure of Amsterdam, the strict ambition to attain carbon neutrality of Copenhagen, and the abundance of green space of Ljubljana. According to the University of Bristol student newspaper, epigram, 60% of Bristol’s air contains illegal levels of nitrogen dioxide. While walking and running along the streets of Bristol, I have felt this pollution. Partly, the low air quality results from the differing priorities of American and British/European emissions regulations. According to David Herron, Europe focuses on carbon dioxide and carbon monoxide to increase efficiency, decrease dependency on Russian oil, and curb climate change; in contrast, the USA focus on nitrogen oxides and particulate matter to improve local air quality and reduce smog. Combined with Bristol’s traffic problem, it is no wonder the air quality is actually quite bad. 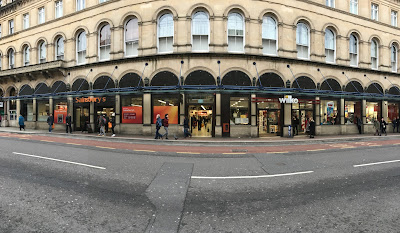 Before arriving here, I expected more farmers’ markets and small shops. Like much of England (purely from my personal experience), the city seems to suffer from an overabundance of chain stores, cafes, supermarkets, and the like. Coming from the capitalists’ land of strip malls and chain stores, this observation shocked me. Tesco and Sainsbury hold a position of power scarcely rivalled by any supermarket chains back home, and while prices tend to be good because of their power, sustainability is lacking. Fruits and vegetables come wrapped up in plastic cases and bags; differentiating between what is local or organic or seasonal and what is not often takes detailed inspection. At HEB, a supermarket chain in Texas where I do much of my shopping, produce is in bulk bins, not unnecessary plastic cases. They have marketing campaigns and price markdowns for what is in season and what is local (granted, “local” in America’s second largest state is a loaded term). 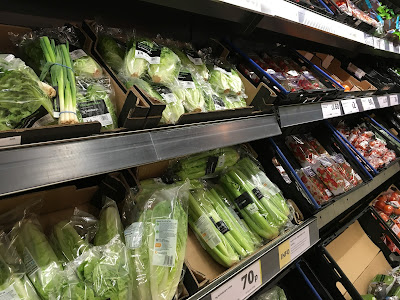 I have felt excited to find nice coffee shops and cute stores, only to shortly thereafter realise that even those are chains, like Friska on Bristol’s Queen’s Road (which has at least two other locations). In Oxford, I was disappointed to learn that even The Eagle and Child, the pub where C.S. Lewis and J.R.R. Tolkien hung out, has been bought out by Nicholson’s, a chain of pubs across the UK. Not all chains inherently lack environmental sustainability, but they certainly lack character and promote the social inequalities that pervade modern capitalism. 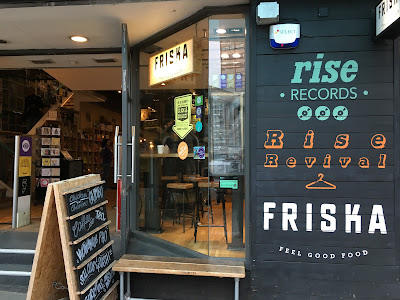 Don’t get me wrong, Bristol and the UK are certainly much better in some areas of sustainability than Houston and the USA. As environmentalists, we can’t revel in our successes for too long without then setting higher goals and getting back to work. However, to paint a better picture of Bristol and the UK (because I have truly loved it here), I will include some of those successes. The British train network is far more extensive than any in the USA. Recycling is more ingrained in British cities; in Bristol, we even separate food waste, which is far from commonplace in Texas. Charging for plastic bags in stores and supermarkets appears more widespread here; while Austin, Texas, promotes using reusable bags, Houston has no restrictions on them. Bristol is far denser and more walkable than most American cities; Houston is the quintessential American automobile city. Not having a car is almost unheard of, partly because the greater Houston area is almost 40 times larger than the greater Bristol area and many families live in single-family homes.

Another aspect of Bristol that earned it its European Green Capital status is its social capital. I have only been here a few months, but I have tried to plug in to the city’s network of change makers. The city’s Green Capital Partnership has over 800 business partners that have pledged to improve their sustainability; the city has initiatives in resident health, happiness, and mobility; and it has set lofty goals for carbon emissions reductions. The challenge now is to make Bristol’s social capital accessible to all. I realised I could buy my food from the Real Economy Co-operative to waste less plastic, reduce transport emissions, and help local farmers, but how do we transfer opportunities like that into the mainstream? I am excited to keep learning more about Bristol’s initiatives in sustainability as I study here, and hopefully what I learn I can take back with me to Houston and Texas, which sorely need the help. I also hope Bristol will not become complacent with its Green Capital designation or too focused on nice-sounding rhetoric. Society needs real environmental improvements, and those improvements need to happen now.