By Cabot Institute for the Environment January 04, 2017
Having spent my British Academy Postdoctoral Fellowship researching forms of governance that aspire to achieve that nebulous concept of 'sustainability' in relation to certain parts of the global agro-food/fuel system, it seemed fitting that the last event I attend in this capacity should be City University's annual Food Symposium.  This year's Symposium enabled Prof. Tim Lang, who is passing the baton of running City's influential Food Centre to Prof. Corinna Hawkes, and a number of his colleagues, to reflect on the past 25 years of food policy. But it also provided an unprecedented opportunity to 40 audience members from both academia and civil society to imagine a more utopian future - not difficult in our troubled present - to table their vision of 'How to do food policy better'. We heard from a headteacher, a producer, a proud 'Colombian peasant', a farmer's daughter, a student, the BBC chef of the year, a former advertiser, a community food network coordinator.  We then went on to hear from a panel of those who have been working to enable such diverse voices to be heard both in relation to the research they have been undertaking or the programmes they have been endeavouring to implement.

While my own work has been predominantly focused on issues brought to the fore in international development, it is clear that inequalities and unequal vulnerabilities exist extensively in the global North, as well as the global South.  Although we as researchers recognise the need for a holistic and systemic approach to food and agriculture, this is rarely translated into more holistic food policy.  But we have seen that policies that do not adopt a systemic approach to food and agriculture may instead produce extensive social, cultural and environmental problems related to food and farming across the globe.

There are so many pressing reasons to change our diets, for our own health, and the health of the planet, but we carry on producing and selling food which is bad for us, and pursuing agricultural production on a scale that feeds such consumption.  While this may not be in the same vein as the productionism pursued in the 1970s and 1980s, agricultural production continues to be tenaciously coupled with carbon emissions. And knowledge alone is insufficient to change this food and agriculture system of mass consumption and supermarket driven value chains.

As we heard a number of times, we are not only going through a period of weak food policy, but the intensive agricultural regime is in crisis.  And there is a lack of progressive consensus as to what any kind of food project should be. Given that 40% of EU legislation relates to food and agriculture, this does not bode well for this soon-to-be-Brexiting-less-than-united-kingdom.

While we can indeed celebrate that the need for 'sustainable consumption' and 'sustainable production' is generally accepted, and that 'food and nutrition' is even on the public health agenda, we also have much to fight for.  For many at the Symposium, there was a palpable anger at the policies that have led to growing inequality and hunger in this country.  While there is an evidential link between low income, diet and poor health, there remains an ongoing rhetoric of 'blame' and 'undeserving'. And low income must in turn be linked with other vulnerabilities, such as gender, infancy, maternity, citizenship status (or lack of it).  But as Prof. Liz Dowler aptly summarised, the circumstances in which people are having to live are being ignored by governments whose own policies have caused them to be in this predicament. So with a growing reliance on charity, such as food banks, people are deprived even of any sense of 'entitlement' and 'rights', even when it comes to food. Whether or not a human being goes hungry or malnourished should never be dependent on deserving, even on citizenship. And governments, rather than charities, must be held accountable.  Nevertheless, there is a fear that Brexit, and a rise in anti migrant feeling, is going to make inequalities harder.

A Symposium on food policy would be remiss, however, if it did not link government policies with a recognition that access to nutritious food is also determined by corporate power.  This needs to take in supermarkets, fast food chains, the catering sector.  And this is indeed where power lies. And that power does not only involve selling much of the wrong kinds of food to people, but also squeezing the power of farmers who, as many argued, need to be central in finding a solution to the crisis of carbon based food production.  Prof. Terry Marsden suggested the need to build alliances between producers and consumers and take out the power of the middle of the value chain. Although at the Symposium it was widely agreed that there needs to be greater inclusivity of those voices who are affected by, but rarely manage to influence, food policy, I would argue that this view is slightly myopic of the wider agrofood system.  This system is indeed driven by wider agri-industrial policies and corporate interests, but ones which have very little to do with food at all.  Such policies explain the EU Renewable Energy Directive mandating the production of biofuel from prime agricultural land.  And such policies are repeated and repeated in country after country, and drive down incentives that farmers might otherwise have to grow nutritious food – our horticulture sector, for instance, is hardly thriving.  So while an annual Symposium on Food Policy is hugely valuable, and indeed this was one of the best conferences I have ever been to (not least for its inclusion of diverse civil society voices amongst academics), I would argue that food policy cannot be considered without a systemic lens cast much more widely than just food. 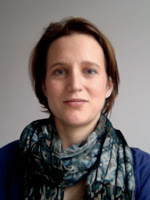